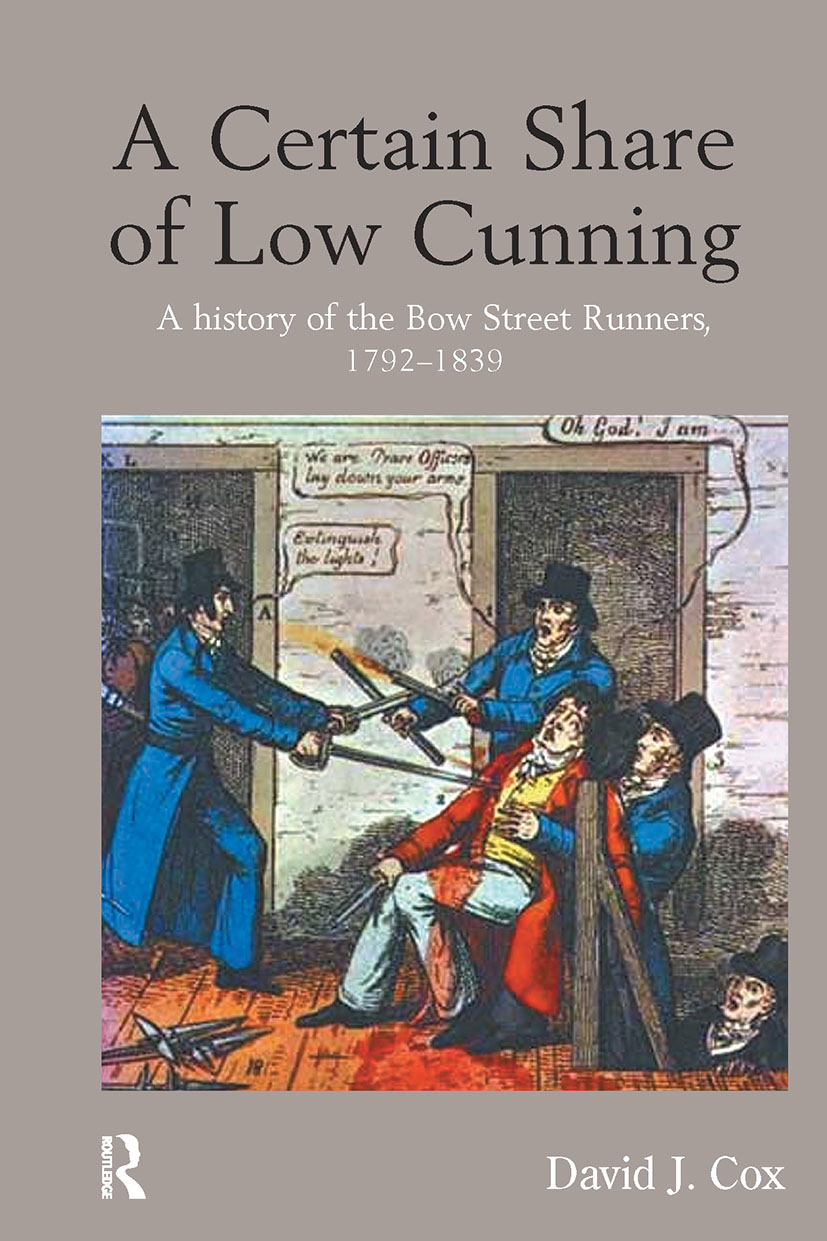 This book provides an account and analysis of the history of the Bow Street Runners, precursors of today's police force. Through a detailed analysis of a wide range of both qualitative and quantitative research data, this book provides a fresh insight into their history, arguing that the use of Bow Street personnel in provincially instigated cases was much more common than has been assumed by many historians. It also demonstrates that the range of activities carried out by Bow Street personnel whilst employed on such cases was far more complex than can be gleaned from the majority of books and articles concerning early nineteenth-century provincial policing, which often do little more than touch on the role of Bow Street. By describing the various roles and activities of the Bow Street Principal Officers with specific regard to cases originating in the provinces it also places them firmly within the wider contexts of provincial law-enforcement and policing history.

The book investigates the types of case in which the 'Runners' were involved, who employed them and why, how they operated, including their interaction with local law-enforcement bodies, and how they were perceived by those who utilized their services. It also discusses the legacy of the Principal Officers with regard to subsequent developments within policing. Bow Street Police Office and its personnel have long been regarded by many historians as little more than a discrete and often inconsequential footnote to the history of policing, leading to a partial and incomplete understanding of their work. This viewpoint is challenged in this book, which argues that in several ways the utilization of Principal Officers in provincially instigated cases paved the way for important subsequent developments in policing, especially with regard to detective practices. It is also the first work to provide a clear distinction between the Principal Officers and their less senior colleagues.

'Cox's approach is so methodical and finely referenced that the reader is persuaded by his argument that the Runners have not, until now, had their due. […] This book is long overdue, especially as the Runners have appeared in a number of recent works of fiction as Georgian quasi-James Bond characters. This revisionist account ensures that they will be better understood and may cease to be defined as hopeless failures in the crime-infested world we know through the art of contemporary caricaturists Thomas Rowlandson and James Gillray. They were, as Cox admirably shows, heroes of their time.' – Stephen Wade, University of Hull and the University of Oxford,

is a Research Associate at the Institute of Law, Politics and Justice, Keele University.