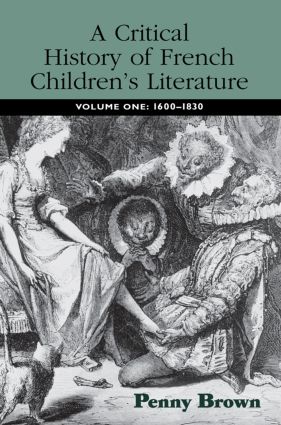 These books are the first full-length, comprehensive study written in English of French children’s literature. They provide both an overview of developments from the seventeenth century to the present day and detailed discussion of texts that are representative, innovative, or influential best-sellers in their own time and beyond. French children’s literature is little known in the English-speaking world and, apart from a small number of writers and texts, has been relatively neglected in scholarly studies, despite the prominence of the study of children’s literature as a discipline. This project is groundbreaking in its coverage of a wide range of genres, tracing the evolution of children’s books in France from early courtesy books, fables and fairy tales, to eighteenth-century moral tales and educational drama, nineteenth-century novels of domestic realism and adventure stories and contemporary detective fiction and fantasy novels.

The discussion traces the relationship between children’s literature and social change, revealing the extent to which children’s books were informed by pedagogical, moral, religious and political agenda and explores the implications of the dual imperatives of instruction and amusement which have underpinned writing for young readers throughout the centuries.

"Writing specifically for children is a comparatively modern preoccupation, and scholarship about writing for children is an even more recent phenomenon. This is why this book on French children's literature is so important…Brown treats the French counterparts of Blyton, Dahl, Tolkien, and Rowling with intelligence and flair, pointing out radical intertextualities and new acculturations. Packed with detail and bibliographic material, this is a rich resource indeed. Highly recommended." -- K.M. Sibbald, Choice, May 2008

Contents. Acknowledgments. Series Editor’s Forward. Introduction. 1: Children as Readers in the Seventeenth Century 2: Fables and Fairy Tales 3: Instruction and Amusement: A New Literature for Children 4: Changing Narratives: The Moral and Didactic Novel 5: L'Ami des Enfans and Performative Morality 6: Children of the Revolution (and Afterwards) 7: The End of the Beginning. Conclusion. Notes. Bibliography

Penny Brown is Senior Lecturer in Comparative Literary Studies at the University of Manchester, U.K., and also author of The Poison at the Source and The Captured World.