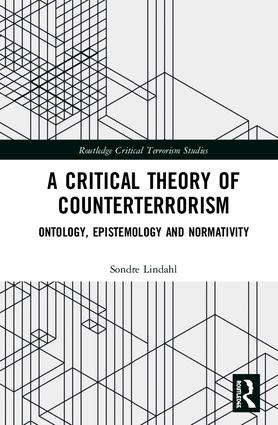 A Critical Theory of Counterterrorism

This book offers a theory and model of counterterrorism based on emancipation and non-violence.

Critical Terrorism Studies (CTS) scholars have produced wide-ranging and rich critiques of terrorism-related research, as well as state counterterrorism policies and practices. This work aims to fill in a gap in the current literature by constructing an original and specifically CTS model of counterterrorism. The model outlines the basic assumptions, priorities, principles, strategies and tactics, measures and evaluation of counterterrorism. It challenges prevalent models of counterterrorism through a radical rethinking of the ontology, epistemology and the agenda of counterterrorism. The model aims to prevent future acts of terrorism by (1) re-conceptualising how we study and understand terrorism, and; (2) suggesting that our efforts to counter and prevent terrorism must commensurate with the goals we want to achieve. Essentially, this involves a commitment to emancipation, and a rejection of violence as a tool. The second part of the book is a case study of Norwegian counterterrorism which shows how the theory and model developed in the book can be used. This is the first substantial analysis of Norwegian counterterrorism in almost ten years, and produces encouraging findings which support the potential for non-violent solutions to terrorism.

This book will be of particular interest to students of terrorism and counterterrorism, critical security studies, and international relations in general.

'Motivated by the shortcomings of dominant approaches to counterterrorism, epitomized by the so-called Global War on Terror, Sondre Lindahl offers a fascinating, alternative model of counterterrorism. …Overall, this book is a welcome contribution to the literature on counterterrorism and a stepping stone for future analyses of nonviolent strategies to combat and prevent terrorism.'--Sara M. T. Polo, Journal of Peace Research

1: The Global War on Terror

2: Ontology, Epistemology and the Ideal-Type

6: A Genealogy of Norwegian Counterterrorism

7: An Analysis of Norwegian Counterrorism

This book series will publish rigorous and innovative studies on all aspects of terrorism, counter-terrorism and state terror. It seeks to advance a new generation of thinking on traditional subjects, investigate topics frequently overlooked in orthodox accounts of terrorism and to apply knowledge from disciplines beyond International Relations and Security Studies. Books in this series will typically adopt approaches informed by critical-normative theory, post-positivist methodologies and non-Western perspectives, as well as rigorous and reflective orthodox terrorism studies.