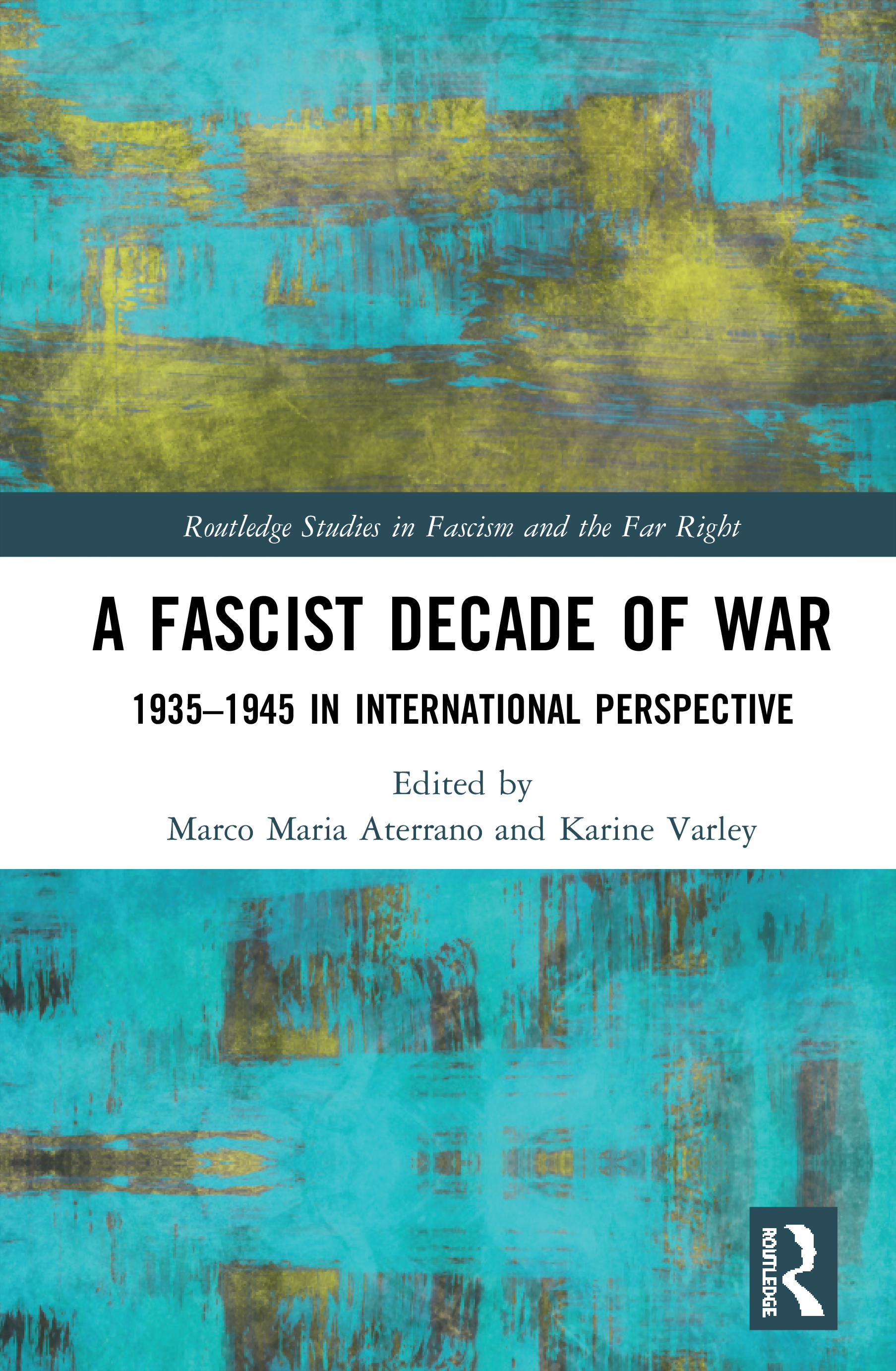 A Fascist Decade of War

From the invasion of Ethiopia in 1935 through to the waning months of the World War II in 1945, Fascist Italy was at war. This Fascist decade of war comprised an uninterrupted stretch of military and political engagements in which Italian military forces were involved in Abyssinia, Spain, Albania, France, Greece, the Soviet Union, North Africa and the Middle East. As a junior partner to Nazi Germany, only entering the war in June 1940, Italy is often seen as a relatively minor player in World War II. However, this book challenges much of the existing scholarship by arguing that Fascist Italy played a significant and distinct role in shaping international relations between 1935 and 1945, creating a Fascist decade of war.

Introduction: A Fascist Decade of War? The Impact of the Italian Wars on the International Stage, 1935-45

I. The International Dimension: Policy-making and Diplomacy

1. An Opportunity Missed: Britain and the Abyssinian Crisis

2. American Policy Towards Italy during its Decade of War’

3. Repubblica Sociale Italiana and Spain: An Ideological Relationship in the Decade of War

4. A New Deal for Italy. Rethinking Britain’s Punitive Attitude and the Making of the Allied Policy in Occupied Italy, 1944

II. A Fascist Warfare? Military Conquest, Transnational Fighting, and the Use of Violence

6. The Conquest of Albania: The Real Beginning of World War II in Italy

7. ‘The Despicable Fighting Qualities of the Wops’: The East African Campaign and the British Commonwealth’s Victory over Italy

8. From Occupiers to Comrades-in-Arms: Italian Fighters in the Ranks of the Greek People’s Liberation Army

III. Ideology and Propaganda for the Empire at War

9. Italian Navalism in the Age of Empire 1934-1940: Navy, Geopolitics, Propaganda and Radicalization

10. Revisiting the ‘Colonial Hypothesis’: The Policies and Language of the Italian Army in Ethiopia and Yugoslavia

12. Radio Propaganda during the War: The Mediterranean Scenario in Radio Bari’s Broadcasts (1940-43)

IV. A Decade of War?

Marco Maria Aterrano is Post-doctoral Research Fellow in Contemporary History at the University of Padua, Italy. After receiving a Ph.D. in History from the University of Naples Federico II, he has been a research fellow at the Einaudi Foundation in Turin and a Visiting Researcher at Georgetown University. He has published widely on the Anglo-American presence in Italy during World War II and is now focusing on the topic of civilian disarmament and gun control in 20th-century Europe.

is Lecturer in French and European History at the University of Strathclyde, Glasgow. She has published widely on French relations with Italy during the Second World War, and her forthcoming book is entitled Vichy’s Double Bind: French Axis Entanglements and Relations with Fascist Italy, 1940–1943. She has also worked on Franco-British relations in the Second World War in collaboration with the British Embassy in Paris and the French Embassy in London.