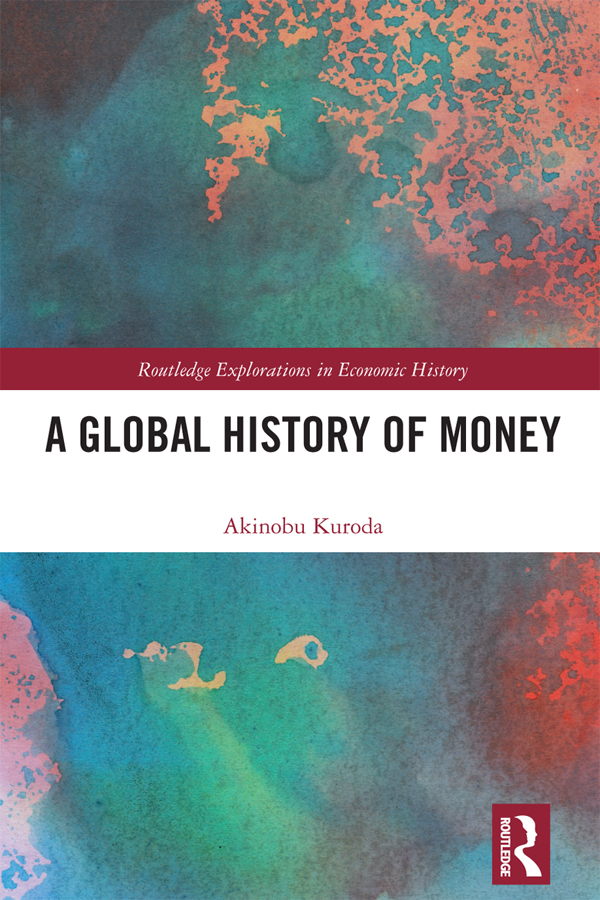 A Global History of Money

Looking at the eleventh century to the twentieth century, Kuroda explores how money was used and how currencies evolved in transactions within local communities and in broader trade networks. The discussion covers Asia, Europe and Africa, and highlights an impressive global interconnectedness in the pre-modern era as well as the modern age.

Drawing on a remarkable range of primary and secondary sources, Kuroda reveals that cash transactions were not confined to dealings between people occupying different roles in the division of labour (for example shopkeepers and farmers), rather that peasants were in fact great users of cash, even in transactions between themselves. The book presents a new categorisation framework for aligning exchange transactions with money usage choices.

This fascinating monograph will be of great interest to advanced students and researchers of economic history, financial history, global history, and monetary studies.

This long established series provides a platform for books which break new ground in the understanding of the development of the modern world economy. Equally rooted in economics and history, the series is not limited to any particular period or region. Individual titles focus on particular countries, key industries, themes, or international economic relations.