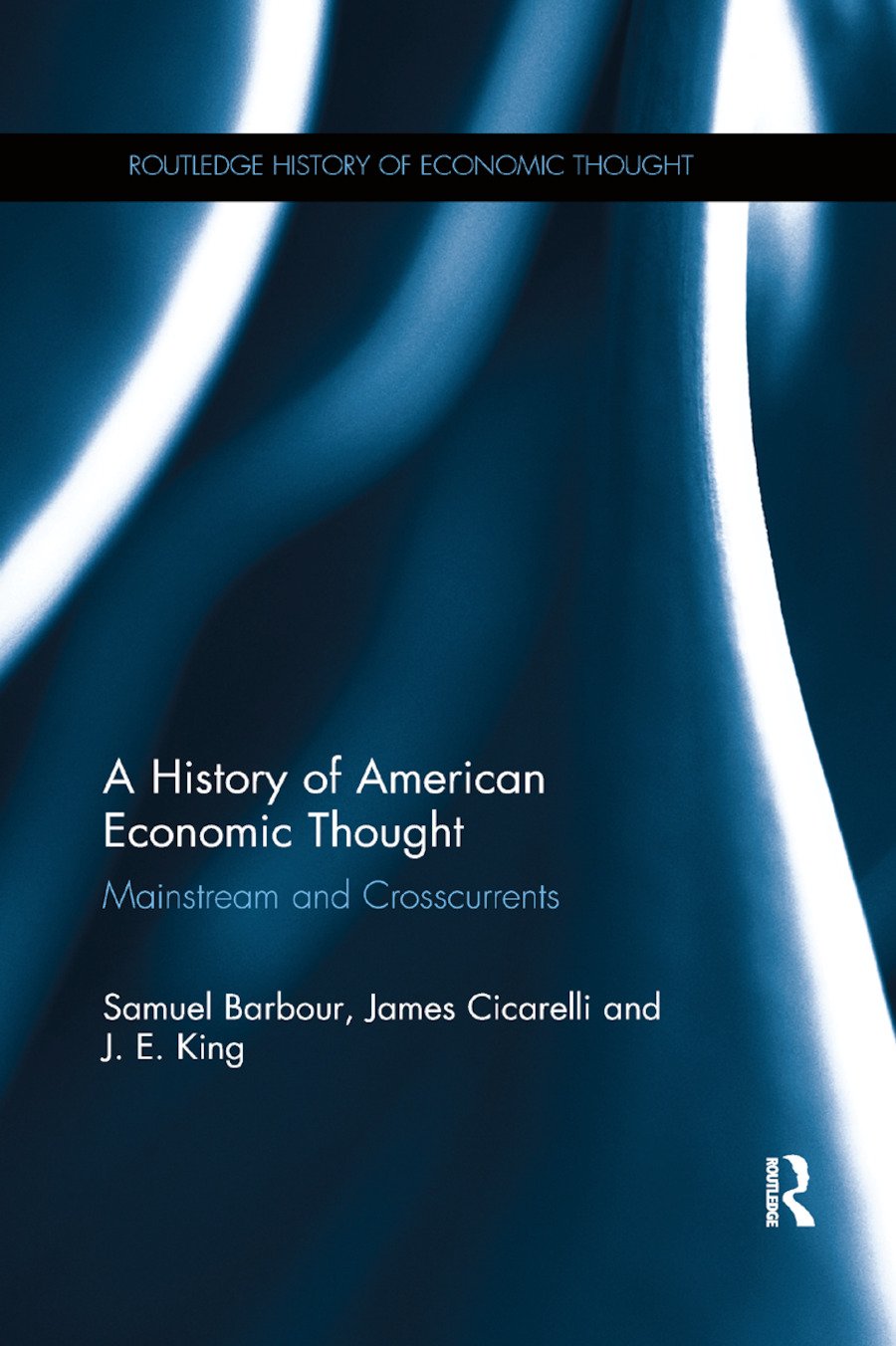 A History of American Economic Thought

This vital addition to the Routledge History of Economic Thought series surveys arguably the most important country in the development of economics as we know it today – the United States of America.

A History of American Economic Thought

Chapter 2. Economic Thought Among American Aboriginals Prior to European Contact

Chapter 4. Economic Thought in Eighteenth-Century America Prior to Independence

Chapter 7. Economic Thought from the Great Depression through the Golden Age of Economic Growth, 1929–1973

Chapter 8. Economic Thought from Stagflation and Sustained Growth to the Great Recession and Beyond, 1974–2017

is a Professor of Economics at Roosevelt University and is co-author of Distinguished Women Economists and "Back to the Future of Economics."

retired from LaTrobe University, Melbourne, Australia, in July 2013, and was appointed Emeritus Professor in August 2014. His continuing research interests are in the history of heterodox economic thought, particularly Marxian political economy and Post Keynesian economics.