A History of Asia 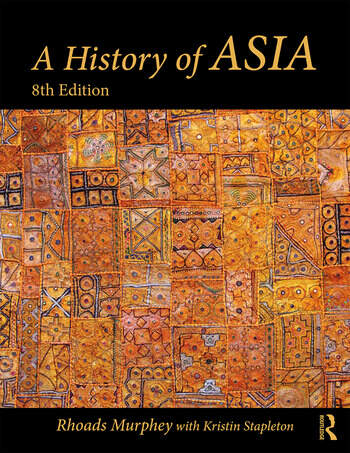 A History of Asia

A History of Asia is the only textbook to provide a historical overview of the whole of this region, encompassing India, China, Korea, Japan, and Southeast Asia. Engaging and lively, it chronicles the complex political, social, and intellectual histories of the area from prehistory to the present day.

Taking a comparative approach throughout, the book offers a balanced history of each major tradition, also dedicating coverage to countries or regions such as Vietnam and Central Asia that are less frequently discussed in depth. This eighth edition has been streamlined and updated to reflect the most recent scholarship on Asian history, bringing the book up to date with recent events and key trends in historical research. Highlights of the book include close-up portraits of significant Asian cities, detailed discussion of environmental factors that have shaped Asian history, quotes from Asian poetry and philosophical writing, and attention to questions of gender and national identity.

Highly illustrated with images and maps, each chapter also contains discussion questions, primary source excerpts, and in-depth boxed features. Written clearly throughout, A History of Asia is the perfect introductory textbook for all students of the history, culture, and politics of this fascinating region.

List of Images List Maps List of Documents Preface Acknowledgements Author’s Note to the Reader About the Author A Note on the Spelling of Asian Names and Words Map: Monsoon Asia Chronology Introduction. Monsoon Asia as a Unit of Study 1. Prehistoric Asia 2. Asian Religions and Their Cultures 3. The Societies of Asia 4. The Civilization of Ancient India 5. Ancient China 6. Medieval India 7. Early and Medieval Southeast Asia 8. China: A Golden Age 9. Early Japan and Korea 10. Central Asia and Mughal India 11. China’s Ming and Early Qing Dynasties 12. Tokugawa Japan 13. The European Advance into Asia 14. British India 15. The Triumph of Imperialism in Asia 16. Nationalism and Revolution in China and India 17. Japan and the Struggle for Asia, 1894–1945 18. Revival and Revolution in Japan and China 19. Korea and Southeast Asia: Decolonization, Cold War, and After 20. South Asia: Independence, Political Division, and Development 21. Asia in the Twenty-First Century Index

Rhoads Murphey was Professor Emeritus of History at the University of Michigan, where he served for many years as director of the Asian studies program.

,  Professor of History at the University at Buffalo, SUNY, was his student in the 1980s. She studies urban history and is the author of Fact in Fiction: 1920s China and Ba Jin’s Family (Stanford, 2016), among other works.