A History of British Livestock Husbandry, to 1700 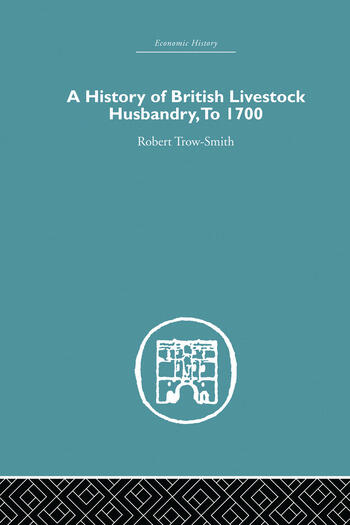 A History of British Livestock Husbandry, to 1700

The pre-Conquest evidence; Saxon literary and legal sources; pig husbandry; Saxon cattle and their uses; sheep and milk production; the problem of the Saxon horse; Domesday and other surveys; the plow team and the cow; the eleventh century sheep population; the pig and woodland pannage; wild and tame horses in Domesday; eleventh century livestock breeds

Importance of the sheep industry; growth of the European mediaeval wool trade; sheep population of Britain; economic organization upon the great estates; Welsh and Scottish sheep farming; peasant and yeoman flocks; policy of flock management; flock fecundity and culling; infections and infestations of the sheep; feeding the mediaeval sheep; breeds and wool types; the yield of wool; shearing and wool storage; the profits from sheep

5. THE LIVESTOCK TOPOGRAPHY OF TUDOR AND STUART BRITAIN 172

6. THE TECHNIQUES OF THE SIXTEENTH AND SEVENTEENTH CENTURIES 234