A Philosophical History of Rights 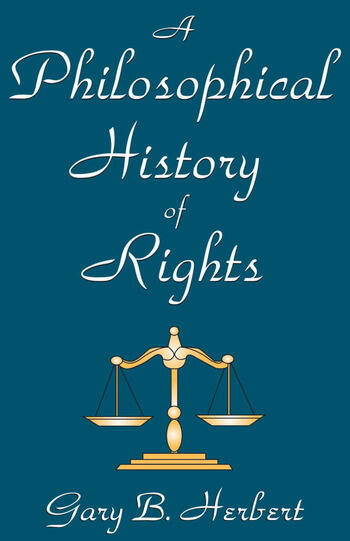 A Philosophical History of Rights

Since the seventeenth century, concern in the Western world for the welfare of the individual has been articulated philosophically most often as a concern for his rights. The modern conception of individual rights resulted from abandonment of ancient, value-laced ideas of nature and their replacement by the modern, mathematically transparent idea of nature that has room only for individuals, often in conflict. In A Philosophical History of Rights, Gary B. Herbert traces the historical evolution of the concept and the transformation of the problems through which the concept is defined.

The volume examines the early history of rights as they existed in ancient Greece, and locates the first philosophical inquiry into the nature of rights in Platonic and Aristotelian accounts. He traces Roman jurisprudence to the advent of Christianity, to the divine right of kings. Herbert follows the historical evolution of modern subjective rights, the attempts by Locke, Rousseau, Kant, Fichte, and Hegel to mediate rights, to make them sociable. He then turns to nineteenth-century condemnation of rights in the theories of the historical school of law, Benthamite utilitarianism, and Marxist socialism. Following World War II, a newly revived language of rights had to be constructed, to express universal moral outrage over what came to be called crimes against humanity. The contemporary Western concern for rights is today a concern for the individual and a recognition of the limits beyond which a society must not go in sacrificing the individual's welfare for its own conception of the common good. In his conclusion, Herbert addresses the postmodern critique of rights as a form of moral imperialism legitimizing relations of dominance and subjection.

In addition to his historical analysis of the evolution of theories of rights, Herbert exposes the philosophical confusions that arise when we exchange one concept of rights for another and continue to cite historical antecedents for contemporary attitudes that are in fact their philosophical antithesis. A Philosophical History of Rights will be of interest to philosophers, historians, and political scientists.