This book explains how accidents and high potential near-miss incidents are caused, and how to eliminate recurrences by effective accident investigation methods. It shows how to conduct an immediate and root cause analysis so that remedial measures can be taken to prevent a recurrence of similar events. The book shows how to apply the Logical Sequence Accident Investigation Method in the case studies presented.

The text is primarily written for professionals and graduate students in the fields of occupational health and safety, ergonomics and human factors engineering.

CSP (1999–2016), is an internationally experienced and acknowledged safety professional, author, motivator, and presenter. He has been extensively involved in safety research concerning the cause, effect, and control of accidental loss, near-miss incident reporting, accident investigation, safety promotion, and the implementation of health and safety management systems for the last 46 years.

From 1973 to 1994, Ron C. McKinnon worked at the National Occupational Safety Association of South Africa (NOSA), in various capacities, including General Manager of Operations and then General Manager Marketing. He is experienced in the implementation of health and safety management systems (SMS), auditing, near-miss incident and accident investigation, and safety culture change interventions.

From 1995 to 1999, Ron C. McKinnon was a safety consultant and safety advisor to Magma Copper and BHP Copper North America, respectively. In 2001, Ron spent two years in Zambia introducing the world’s best safety practices to the copper mining industry. After leaving Zambia, he was recruited to assist in the implementation of the world’s best class safety management system at ALBA in the Kingdom of Bahrain.

After spending two years in Hawaii at the Gemini Observatory, he returned to South Africa. Thereafter, he contracted as the Principal Health and Safety Consultant to Saudi Electricity Company (SEC), Riyadh, Saudi Arabia, to implement a world’s best practice safety management system, throughout its operations across the Kingdom involving 33,000 employees, 27,000 contractors, 9 consultants, and 70 Safety Engineers. 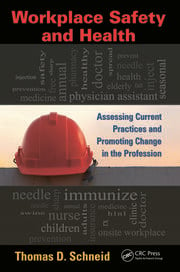 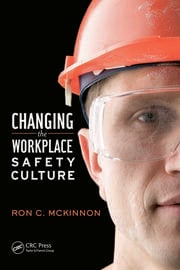