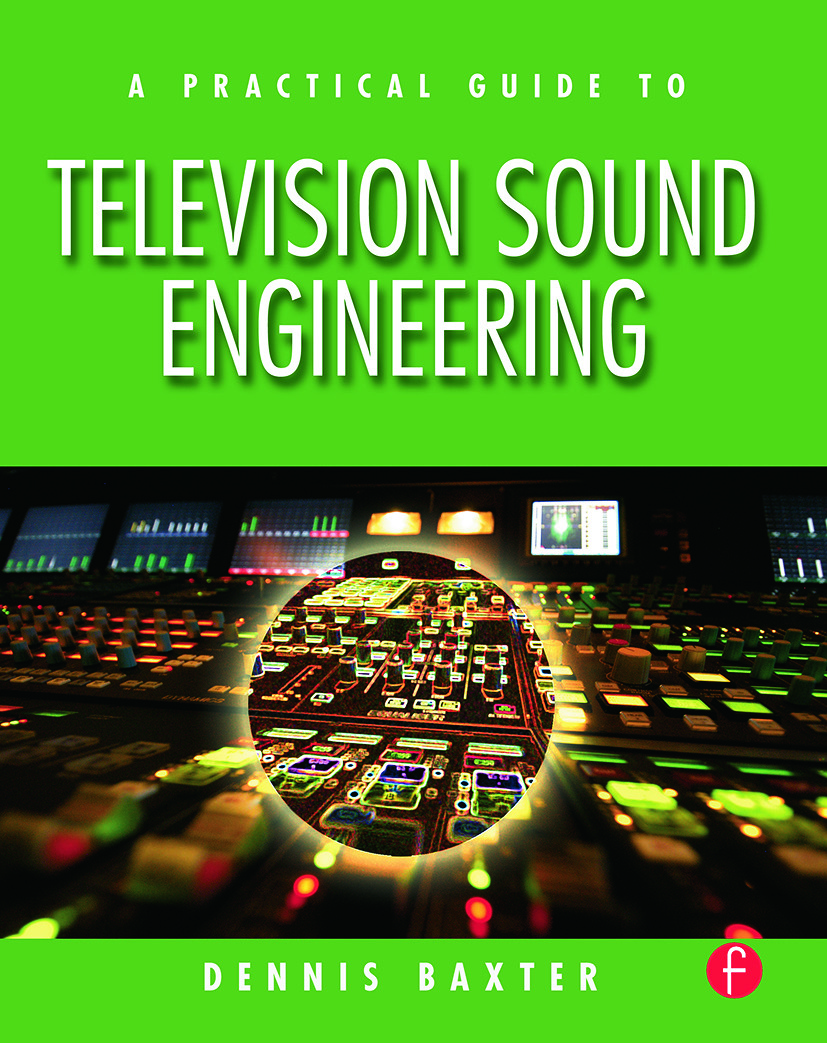 Television audio engineering is like any other business-you learn on the job--but more and more the industry is relying on a freelance economy. The mentor is becoming a thing of the past. A PRACTICAL GUIDE TO TELEVISION SOUND ENGINEERING is a cross training reference guide to industry technicians and engineers of all levels. Packed with photographs, case studies, and experience from an Emmy-winning author, this book is a must-have industry tool.

Intro to TV sound; Role of the Audio Assistant; Senior Audio Mixer; Television equipment and signal flow; The interface from the outside of the truck to the inside; Mixing consoles; Patching and Routing; Microphone selection and placement; The art of mixing; IFB/Communication systems; Basic transmission principles and calibration of sound for satellite; Dolby Pro Logic II and Dolby E operations for the Television Engineer; International Broadcast Basics; Television systems design

Dennis Baxter, sound designer for the 2010 Vancouver Olympic Games, has thirty years experience in live television sound, and has been the sound designer for the Atlanta, Sydney, Salt Lake, Athens, Torino, and Beijing Olympic Games. In addition to the Olympics, he has engineered the sound for the Commonwealth Games, the World Cup, numerous NASCAR races, and hundreds of other sporting events around the world. His innovative sound design practices have earned him four National Television Emmy® Awards for sports audio with a recent Emmy for the 2008 Beijing Olympics. He is the author of the Focal Press book, A Practical Guide to Television Sound Engineering, and presents regularly at AES Europe, IBC, NAB, and for the Sports Video Group.