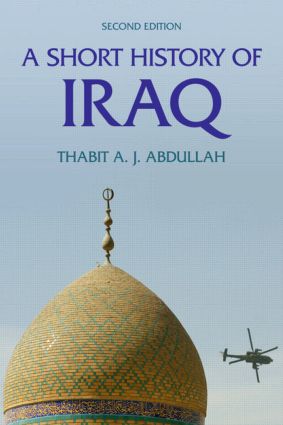 A Short History of Iraq

This accessible guide has been fully updated to take into account the Iraq War and subsequent developments, whilst retaining its character as a non-partisan and approachable text for students and interested readers alike.

The twentieth century witnessed the transformation of the area known currently as Iraq from a backward region of the Ottoman Empire, to one of the most important and dynamic states in the Middle East. The rise of modern Iraq has its roots in the second half of the nineteenth century when Ottoman reforms led to gradual state modernization and increasing integration in the World Economy. British control after World War I was one of the determining factors in the establishment of the current borders of the country and the nature of its subsequent national identity. The other important factor was the highly heterogeneous nature of Iraqi society being divided along tribal, ethnic, religious, and sectarian lines.

This book focuses on the interaction between the old and the new, or between continuity and change, as it is manifested in the nature of social development, nation-building, the state and the political opposition.

An entirely new chapter focusing on the recent conflict has been added, and will contain sections on:

The new chapter will have the following sections:

Thabit A. J. Abdullah is Professor of History at York University, Canada. He is the author of Merchants, Mamluks and Murder: The Political Economy of Trade in Eighteenth Century Basra (2001), and Dictatorship, Imperialism and Chaos: Iraq Since 1989 (2006).