A `Social Turn’ in the European Union?
New trends and ideas about social convergence in Europe 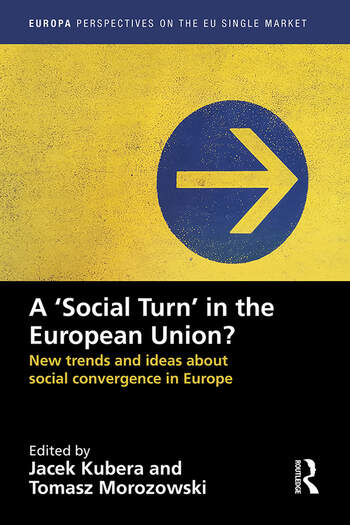 A `Social Turn’ in the European Union?: New trends and ideas about social convergence in Europe

Social Europe is a key topic in the construction of the EU and its institutions. This volume examines the current state of, and perspectives for, Social Europe, as well as key issues in European social policy, including the posting of workers, the impact of the free market and regulations on social convergence, work automation, digitalisation, taxation and democracy in the workplace. The aim of this volume is to identify a course to be followed in integrating the EU’s social policies and point to areas in which co-operation between member states is likely to produce best results.

While a Social Europe was previously seen to be a natural consequence of political and economic integration, it is now viewed as a separate area that requires active policies to preserve the European project. The EU’s big question today concerns the level at which this policy should be pursued: the volume’s contributors outline difficulties with harmonising social policies across the Union, but they nevertheless argue that, owing to the common challenges faced by Europe, the idea of a Social Europe must not be abandoned and requires specific action.

The volume consists of 11 chapters written by a variety of expert authors, analysing the idea of a Social Europe and proposing ways in which it could be put into practice. Social policy can no longer be seen as derived from economic policy but rather as a separate driver of development that could be of interest to the northern, southern and eastern states of the EU.

PhD candidate, Faculty of Political Science and Journalism, Adam Mickiewicz University in Poznań, and analyst at the Poznań Institute for Western Affairs.

PART I: THE IDEA OF A SOCIAL EUROPE – NOT THE SAME, BUT STILL ALIVE

2. A Social Europe or a more protectionist one? The single market in the aftermath of the crises

4. The revision of the Posting of Workers Directive and its impact on national law

5. The crisis of the ‘German Model’: Europe should embark on the Fourth Industrial Revolution with a more balanced growth model

7. Can the German post-Hartz model of the labour market be considered as a universal remedy for unemployment in the European Union?

8. On the future of ‘Social Europe’ – between competitiveness and high social standards

9. The importance of posting of workers for the member states: myth and reality

10. Europe is built on competition which stimulates, on co-operation which strengthens, and solidarity which unites

PART IV: BACK TO THE SOCIAL

11. The social turn? Towards a new understanding of the benefits of Social Europe

Tomasz Morozowski, PhD candidate, Faculty of Political Science and Journalism, Adam Mickiewicz University in Poznań, and analyst at the Institute for Western Affairs in Poznań.