A Step Towards Society 5.0
Research, Innovations, and Developments in Cloud-Based Computing Technologies

A Step Towards Society 5.0: Research, Innovations, and Developments in Cloud-Based Computing Technologies

This book provides a holistic view of cloud technology theories, practices, and future applications with real-life examples. It comprehensively explains cloud technology, design principles, development trends, maintaining state-of-the-art cloud computing and software services. It describes how cloud technology can transform the operating contexts of business enterprises. It exemplifies the potential of cloud computing for next-generation computational excellence and the role it plays as a key driver for the 4th industrial revolution in Industrial Engineering and a key driver for manufacturing industries.

Researchers, academicians, postgraduates, and industry specialists will find this book of interest.

How to Enhance Data Privacy on Android: A Proposal

Machine and Deep Learning Techniques in IoT and Cloud

Design of a Novel Task and Update- Based Social App: Proof of Concept for Richer UI/UX

Shahnawaz Khan is working as Secretary-General of Scientific Research Council at University College of Bahrain. He holds a Ph.D. (Computer Science) from the Indian Institute of Technology (BHU), India. He owns 2 patents and has published 34 research papers in refereed journals and International Conferences. His research interests are in Artificial Intelligence, Natural Language Processing, Blockchain, and Cloud computing. He has been guest Editor for Scopus and SCI-indexed journals and edited several books. He has participated in many international conferences as a keynote speaker and member of the International Program/technical Committees. He is responsible for preparing, budgeting, and executing institutional research plan & policy and working with the Ministry of Higher Education for institutional research growth, and innovative technology transfer for the university. His activities also comprise academic, research leadership, administration, faculty development, budget preparation & management, curricula, syllabi, laboratory & infrastructure development, collaboration building with Knowledge Institutions & Industry. He is actively involved in Program (ABET), and BQA, NCAAA, and NACC accreditation.

is a distinguished academician with over twenty-three years of experience in Teaching and Software Industry. Presently, he is heading the department of Data Science in Karnavati University. He has done Bachelor (Computer Science) from University of Madras, and 3 master’s degrees in computer science and engineering, Ph.D and Post Doc. He has filed 5 patents in IPR, Govt. of India. He has presented/published 24 research papers at both National and International level, which includes in Scopus, IEEE Xplore and Springer. He has various appraisals and achievements to his credit which include Best faculty award, IBM Coordinator to float specialized programs. He has few certifications to his credit from Oracle, IBM, and VMware in the courses of BI, DB2, Data Mining and Predictive modeling and Cloud Computing. He also has various professional certifications to his credit and is an active member of various professional societies which include IEEE, IAENG, LMCSI, and LMISTE. He has actively involved in academic activities, lab setup in the campus and course alignment with industry, OBE process, NBA and ABET accreditation.

is working as Acting Dean of College of Arts and Science at Applied Science University. He has obtained his BSc in Electronics – Communication Engineering in 1993 from the Jordan University of Science and Technology. He has worked as a Telecom Engineer in Orange Jordan from 1996 to 2006. He has pursued his MSc and PhD in 2003 and 2006, respectively, in Computer Information Systems at the Arab Academy of Banking and Financial Sciences, Jordan. In Feb 2006, He joined the College of Information Technology at Al-Hussein Bin Talal University (AHU), Jordan. At AHU, He has chaired the Department of Computer Information Systems, the Computer and Information Technology Centre, and the College of Information Technology. In March 2016, he was appointed a President Consultant for Scientific Affairs (acting as Vice-president for Academic Affairs) and President’s Assistant for Central Bids. He joined Applied Science University as Acting Dean of College of Arts and Science in September 2018.

received his Ph.D in computer science at Universiti Kebangsaan Malaysia (UKM) in January 2014 and his BSc degree in computer information system from Al-Zaytoonah University of Jordan, Amman, Jordan, in 2004, and his MSc degree in computer science from Al-Balqa’ Applied University, Al-Salt, Jordan, in 2007. His research interest involves data mining and metaheuristic algorithms for combinatorial optimisation problems such as gene selection problem, university timetabling and job shop scheduling. He is currently working as an IT consultant with HLT service group in Illinois, United States. 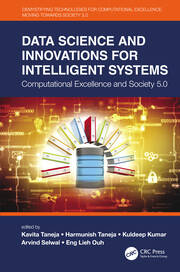