AI for Big Data Based Engineering Applications from the Security Perspectives

AI for Big Data Based Engineering Applications from the Security Perspectives

Artificial Intelligence, machine learning and advanced electronic circuits are learning from every data input and using those inputs to generate new rules for future business analytics. Artificial Intelligence and Machine Learning are now giving us new opportunities to use the big data that we already had, as well as unleash a whole lot of new use cases with new data types. With the increasing use of Artificial Intelligence dealing with highly sensitive information such as health care, adequate security measures are required to be taken for the secure storage and transmission. AI for Big data based Engineering applications from security perspectives provide broader coverage of the basic aspects of advanced circuits design and applications.

The book AI for Big data based Engineering applications from security perspectives is an integrated source which aims at understanding the basic concepts associated with the security of the advanced circuits. The content includes theoretical frameworks and recent empirical findings in the field to understand the associated principles, key challenges and recent real-time applications of the advanced circuits, AI and Big data security. It illustrates the notions, models and terminologies that are widely used in the area of VLSI circuits, security, identifies the existing security issues in the field, and evaluates the underlying factors that influence the security of the systems. It emphasizes the idea of understanding the motivation of the advanced circuits’ design to establish the AI interface and to mitigate the security attacks in a better way for big data. This book also outlines the exciting areas of future research where the already existing methodologies can be implemented. Moreover, this book is suitable for students, researchers, and professionals who are looking forward to carry out research in the field of AI for Big data based Engineering applications from security perspectives, faculty members across the universities and software developers.

Dr. B. B. Gupta (SMIEEE’2017) received PhD degree from Indian Institute of Technology Roorkee, India in the area of Information and Cyber Security. In 2009, he was selected for Canadian Commonwealth Scholarship award by Government of Canada. He has published more than 300 research papers in International Journals and Conferences of high repute. He has visited several countries, i.e. Canada, Japan, Australia, China, Spain, Hong-Kong, Italy, Malaysia, Macau, etc. to present his research work. His biography was selected and published in the 30th Edition of Marquis Who's Who in the World, 2012. In addition, he has been selected to receive 2017 Albert Nelson Marquis Lifetime Achievement Award’ and ‘2017 Bharat Vikas Award’ by Marquis Who's Who in the World, USA and ISR, India, respectively. Dr. Gupta also received Sir VisvesvarayaYoung Faculty Research Fellowship Award in 2017 from Ministry of Electronics and Information Technology, government of India. Recently, he has received ‘2018 Best Faculty Award for research activities’ and ‘2018 Best Faculty Award for Project and Laboratory Development’ from NIT Kurukshetra, India and 2018 Rula International Award for Best Researcher.

Shingo Yamaguchi is a Professor in the Graduate School of Scienceand Engineering, Yamaguchi University, Japan. He received his BE, ME and DEdegrees from the Yamaguchi University, Japan, in 1992, 1994 and 2002,respectively. He has published almost 100 transactions, proceedings, and surveypapers of IEEE, IEICE, etc. He was a Conference Chair of IEEE InternationalConferences, such as GCCE 2014 and GCCE 2015. He is currently the Chapter Chairof IEEE Consumer Electronics Society, West Japan Joint Chapter. He is an area editorof IEICE Transactions on Fundamentals of Electronics, Communications andComputer Sciences. He is a senior member of IEEE and IEICE.

Dr. Sandeep Singh Gill, is currently Professor and Head, in ECE Department NITTTR Chandigarh. He has more than 25 years of teaching and research experience. He also holds many administrative positions like dean Academic, Dean Administration, coordinator of TEQIP, Head of Department and many more. Dr Gill has guided 110 M.Tech thesis and many PhD scholars. He has published more than 150 research papers in international/National journals and conferences and filled one patent. His research area is VLSI Design automation, soft computing, and CAD tools. 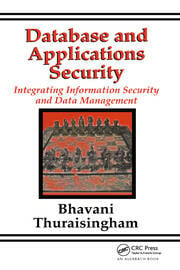 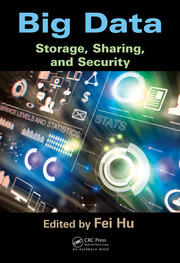 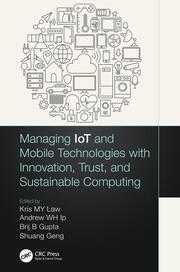