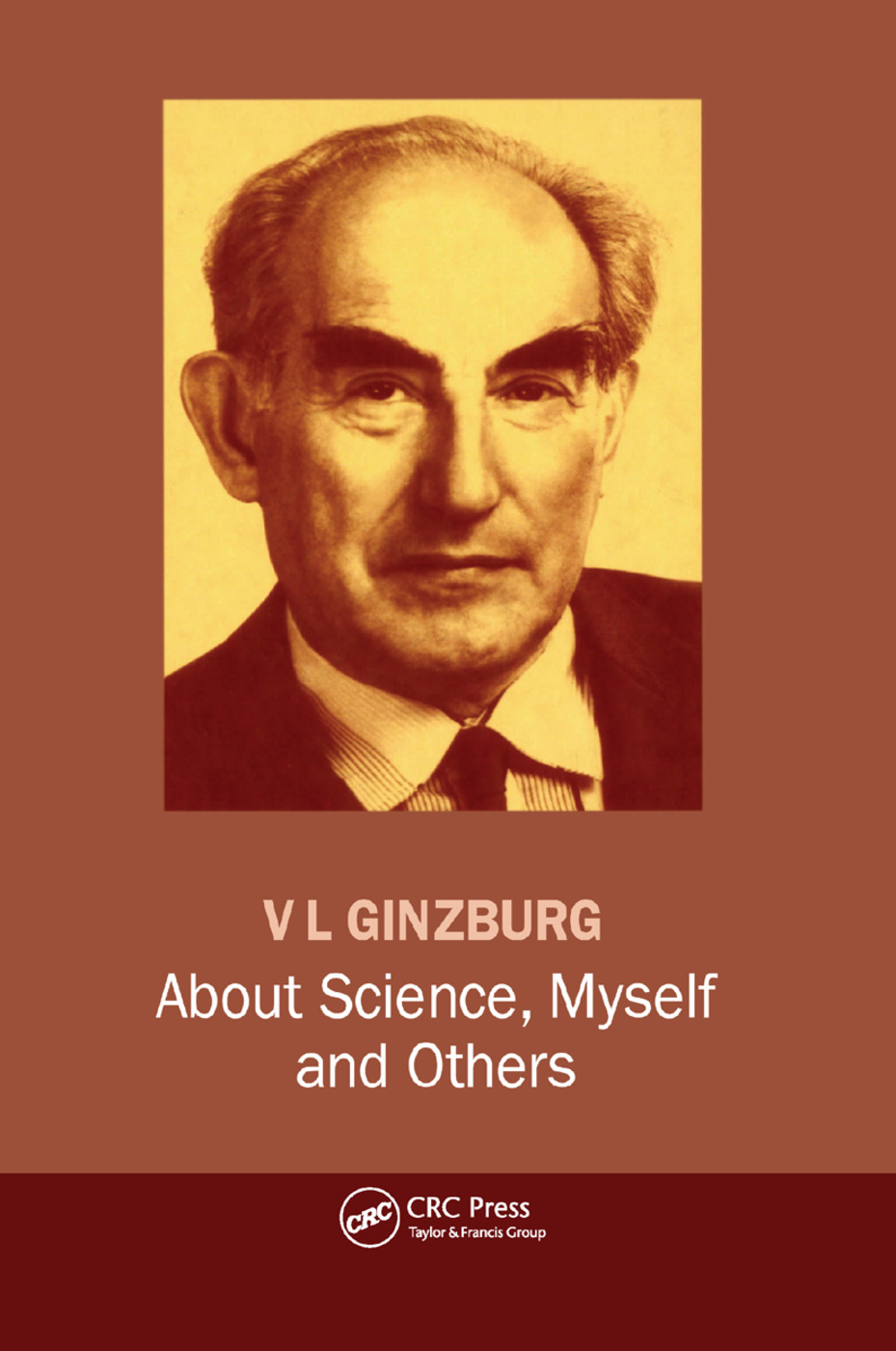 In About Science, Myself and Others, Vitaly Lazarevich Ginzburg, co-recipient of the 2003 Nobel Prize in Physics and Editor of the review journal Physics-Uspekhi, provides an insight into modern physics, the lives and works of other prominent physicists he has known, and insight into his own life and views on physics and beyond.

Divided into three parts, the book starts with a review of the key problems in contemporary physics, astrophysics, and cosmology, examining their historical development and why they pose such a challenge to today's physicists and for society. Part One also includes details of some of Professor Ginzburg's work, including superconductivity and superfluidity. Part Two encompasses several articles on the lives and works of several prominent physicists, including the author. The third part is a collection of articles that provide a personal view of the author, describing his personal views and recollections on a range of wider topics.

Taken together, this collection of articles creates an enjoyable review of physics, its philosophy, and key players in its modern development in the 20th Century. Undoubtedly, it will be an enjoyable read for professional physicists and non-scientists alike.

Part I 1. What problems of physics and astrophysics seem now to be especially important and interesting at the beginning of the 21st century? 2. Radiation by uniformly moving sources (Vavilov-Cherenkov effect, Doppler effect in a medium, transition radiation, and other phenomena) 3. On the birth and development of cosmic-ray astrophysics 4. Remarks on my work in radio astronomy 5. Some remarks on ferroelectricity, soft modes and related problems 6. Superconductivity: the day before yesterday - yesterday -today - tomorrow 7. Superconductivity and superfluidity (what was done and what was not) Part II 8. A long, arduous, and varied life:on the 100th anniversary of the birthday ofIgor Evgenevich Tamm 9. 'Singing' electrons 10. Lev Davidovich Landau - the physicist and the man 11. Physics, the 'Course', and life: on the 80th anniversary of Evgenii Mikhailovich Lifshitz 12. In memory of David Abramovich Kirzhnits 13. About Efim Fradkin 14. In memory of Vitya Shvartsman 15. In memory of Vadim Sidur 16. About Sergei Ivanovich Vavilov 17. Notes of an amateur astrophysicist 18. The business of bygone days: reminiscences of my participation in the "atomic project" 19. How I became a theoretical physicist and, in general about myself… Part III 20. Answers to the Physics World's Milleniums Survey questionnaire 21. Why Soviet scientists did not always get the Nobel Prizes they deserved 22. Once more about the history of the discovery of combinational light scattering 23. Back to the Middle Ages - where soothsayers, wizards, and witnesses of miracles, all through television and newspapers, lead us 24. Should we fight pseudoscience? 25. What is happening to us? 26. Communists again stand as the paramount menace for Russia and entire world 27. Juridical sentence upon bolshevik communism 28. Inner weakness (what has been forgotten by Academician Zhores Alferov) 29. I do not Understand these so-called patriots (a self-interview) 30. Answers to several questions 31. Reason and faith: some remarks concerning the encyclical letter Fides et Ratio of the Supreme Pontiff John Paul II 32. Science and religion in the modern world 33. Once again about science and religion in the modern world 34. Russia must not slide into a slough of clericalism 35. International Humanist Movement and Manifesto 2000 Curriculum vitae of Vitaly L Ginzburg