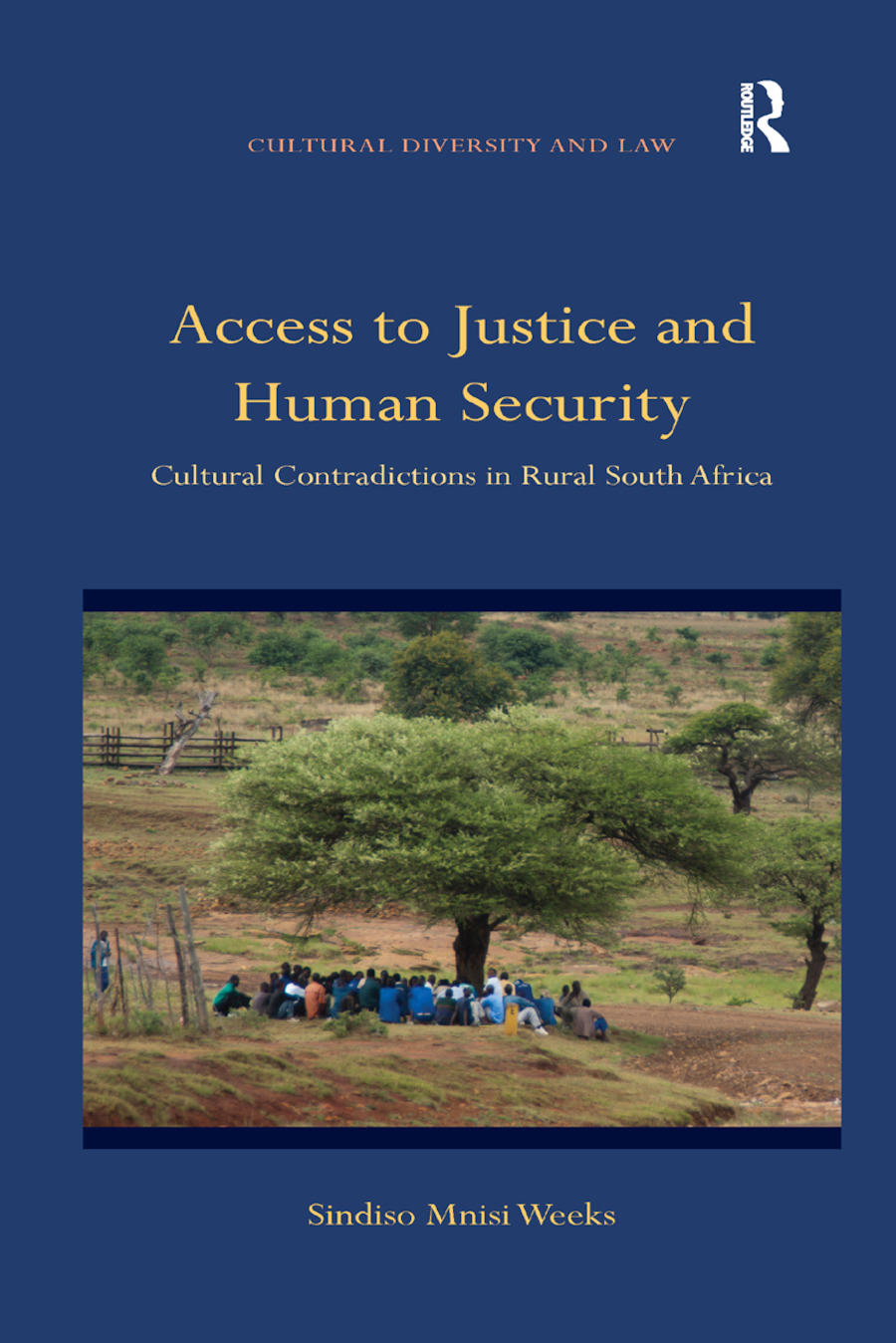 For most people in rural South Africa, traditional justice mechanisms provide the only feasible means of accessing any form of justice. These mechanisms are popularly associated with restorative justice, reconciliation and harmony in rural communities. Yet, this ethnographic study grounded in the political economy of rural South Africa reveals how historical conditions and contemporary pressures have strained these mechanisms’ ability to deliver the high normative ideals with which they are notionally linked. In places such as Msinga access to justice is made especially precarious by the reality that human insecurity – a composite of physical, social and material insecurity – is high for both ordinary people and the authorities who staff local justice forums; cooperation is low between traditional justice mechanisms and the criminal and social justice mechanisms the state is meant to provide; and competition from purportedly more effective ‘twilight institutions’, like vigilante associations, is rife. Further contradictions are presented by profoundly gendered social relations premised on delicate social trust that is closely monitored by one’s community and enforced through self-help measures like witchcraft accusations in a context in which violence is, culturally and practically, a highly plausible strategy for dispute management.

These contextual considerations compel us to ask what justice we can reasonably speak of access to in such an insecure context and what solutions are viable under such volatile human conditions? The book concludes with a vision for access to justice in rural South Africa that takes seriously ordinary people’s circumstances and traditional authorities’ lived experiences as documented in this detailed study. The author proposes a cooperative governance model that would maximise the resources and capacity of both traditional and state justice apparatus for delivering the legal and social justice – namely, peace and protect

1. Introduction; Section I: Interpolating vernacular dispute management in South Africa;2. Contentious background: history and theory; Section II: Institutional attributes of dispute management in Msinga;3. Controversial subject matter: what disputes are heard?; 4. Competing authorities: what forums exist over what jurisdictions and how do they manage disputes between them?; Section III: Interpersonal attributes of dispute management in Msinga;5. Contradictory social relations: who is disputing with whom and why?; 6. Conflicting identities: fears, vulnerabilities and strengths accompanying gender and age; 7. Confounding objectives: what do people really want?; Section IV: Integrating access to justice and human security in rural South Africa; 8. Conclusion: a vision of the South African legal order far beyond the Traditional Courts Bill

Sindiso Mnisi Weeks is Assistant Professor in Public Policy of Excluded Populations in the School for Global Inclusion and Social Development at the University of Massachusetts Boston, USA. She previously served as a senior researcher in the Centre for Law and Society at the University of Cape Town, where she worked on the Rural Women’s Action Research Programme combining research, advocacy and policy work on women, property, governance and participation under customary law and the South African Constitution. She holds a BA and LLB from the University of Cape Town and received her DPhil in Law (with a focus on socio-legal studies) from the University of Oxford, where she was a Rhodes Scholar. Prior to Oxford, she clerked for then Deputy Chief Justice of the Constitutional Court of South Africa, Dikgang Moseneke. She co-authored African Customary Law in South Africa: Post-Apartheid and Living Law Perspectives, published in 2015 by Oxford University Press Southern Africa.