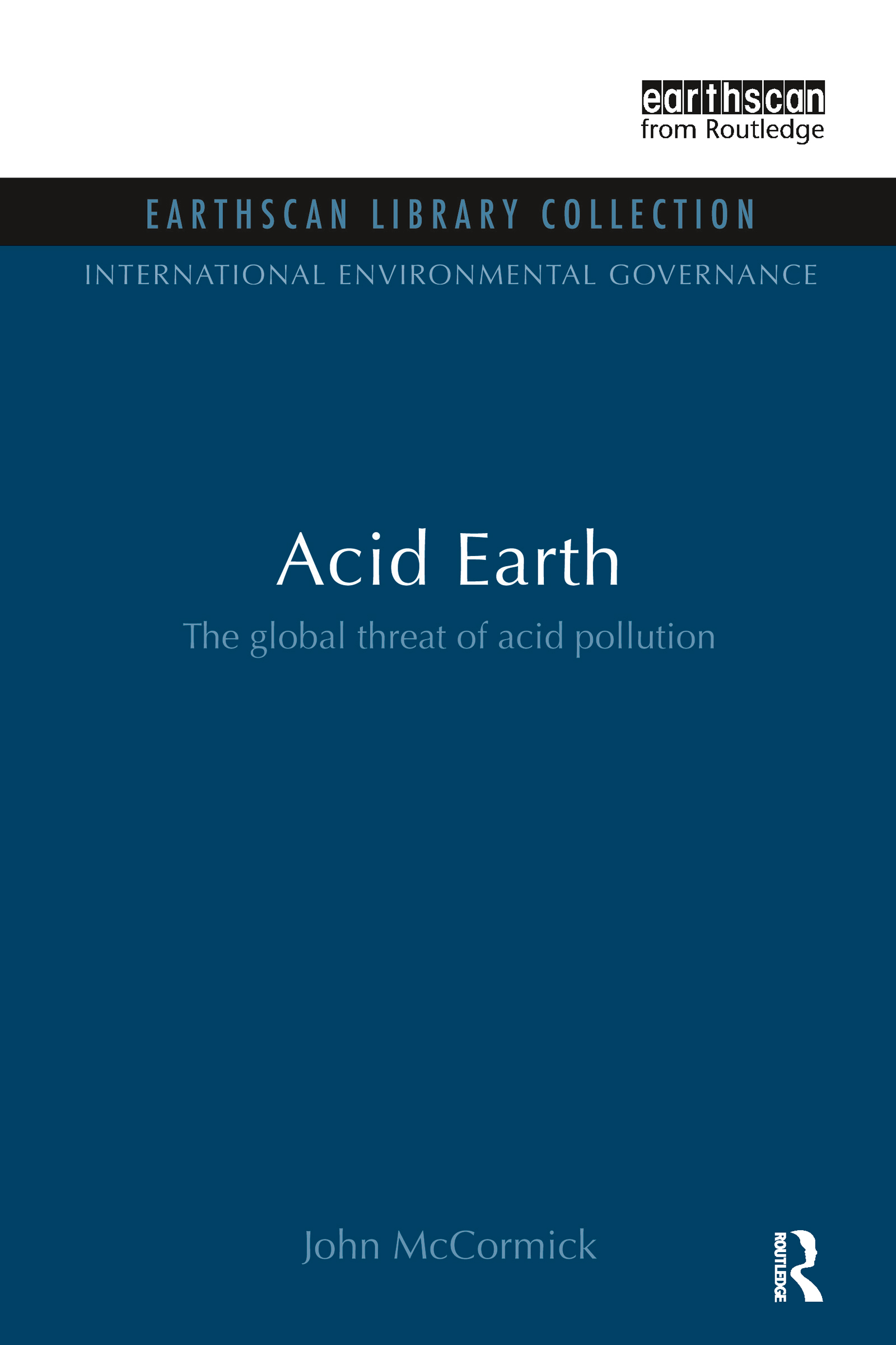 Acid rain was one of the major environmental issues of the 1980s. But while industrialized countries have taken measures to reduce the emissions that lead to acidification, the problems have not gone away. Trees are still dying, lakes are still being made uninhabitable; buildings are still corroding; and human health is still suffering. The most worrying trend is the repetition in the industrializing countries of Asia and Latin America of the problems that have long afflicted Europe and North America. More than 10 years after it was first published, the highly acclaimed Acid Earth still provides the only global view of acidification, and remains the standard text on the subject. Chapters on the causes, effects and growing scientific understanding of acid pollution, and the possible solutions, are followed by detailed studies of the political struggles involved in responding to acid damage in western and eastern Europe, the US and the newly industrializing countries. Written in non-technical language for people interested in the problems of the environment, Acid Earth calls for a renewed sense of public and political will to bring the problems of acid pollution under control. The book also makes valuable reading for specialists and students. Originally published in 1992

'a masterly synthesis… I only hope this book is widely read, that it penetrates into the school curriculum, and that a few more politicians would take the time to read it' Professor Tim O'Riordan, Ecos 'McCormick finds the right balance; comparisons and links are made from country to country and side-issue to side-issue throughout the text, whilst still retaining the structure of separately discussing the causes of acid rain, the ecological impacts, international policy and past and present responses of all major countries to the issue' International Journal of Environmental Studies

JOHN McCORMICK is associate professor of political science at the Indianapolis campus of Indiana University. He worked for a number of years during the 1980s for British environmental groups and is author of several books including The Global Environmental Movement (2nd edition, 1995) and The European Union: Politics and Policy (1996).