Acting, Spectating, and the Unconscious
A psychoanalytic perspective on unconscious processes of identification in the theatre 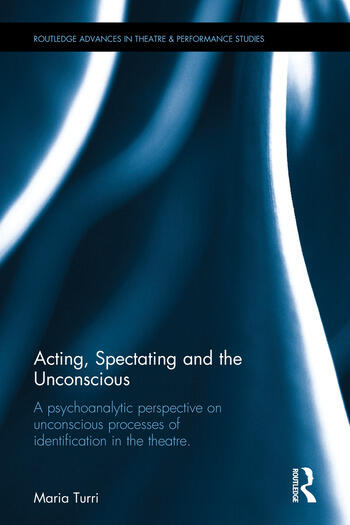 Acting, Spectating, and the Unconscious: A psychoanalytic perspective on unconscious processes of identification in the theatre

From Aristotle’s theory of tragic katharsis onwards, theorists of the theatre have long engaged with the question of what spectatorship entails. This question has, directly or indirectly, often been extended to the investigation of acting.

Acting, Spectating, and the Unconscious

approaches the unconscious aspects of spectatorship and acting afresh. Interweaving psychoanalytic descriptions of processes such as transference, unconscious phantasy, and alpha-function with an in-depth survey of theories of spectating and acting from thinkers such as Brecht, Diderot, Rousseau and Plato, Maria Grazia Turri offers a significant insight into the emotions inherent in both the art of the actor, and the spectator’s experience.

A compelling investigation of the unconscious communication between spectators and actors, this volume is a must-read for students and scholars fascinated by theatre spectatorship.

Spectatorship, emotions and the unconscious

The significance of the unconscious to psychic life

A psychoanalytic perspective of theatre spectatorship

Repetition-compulsion – beyond the pleasure principle

An interpretation of tragic katharsis as transference dynamic

Chapter 3 – The Paradoxe inside out

The Paradoxe of the actor

Dual consciousness and the psychology of acting

Chapter 4 – The emotionalist theory of acting

The Emotionalist Texts on Acting

A New Theory of Acting

The relationship between the ego, the id, and reality

Identification through introjection and projection

The birth of the self

The double nature of alpha-function

Chapter 6 – Acting and spectating in alpha-function

The art of the actor as alpha-function

The spectator and the transpersonal dimension of acting

The severing of transpersonal alpha-function

Semiotics and the double game of the actor