Advances in Photonic Crystals and Devices

Advances in Photonic Crystals and Devices

In recent decades, there has been a phenomenal growth in the field of photonic crystal research and has emerged as an interdisciplinary area. Photonic crystals are usually nanostructured electromagnetic media consisting of periodic variation of dielectric constant, which prohibit certain electromagnetic wave frequency ranges called photonic bandgaps to propagate through them. Photonic crystals elicited numerous interesting features by unprecedented control of light and their exploitation is a promising tool in nanophotonics and designing optical components. The book ‘Advances in Photonic Crystals and Devices’ is designed with 15 chapters with introductory as well as research and application based contents. It covers the following highlighted features:

The goal of this book is to draw the background in understanding, fabrication and characterization of photonic crystals using a variety of materials and their applications in design of several optical devices. Though the book is useful as a reference for the researchers working in the area of photonics, optical computing and fabrication of nanophotonic devices, it is intended for the beginners like students pursuing their masters’ degree in photonics.

was born in 1976 in Pitro, a village located

in Bhojpur district of Bihar, India. He received B.Sc. (Hons.)

and M.Sc. degrees in Physics from Banaras Hindu University

his schooling from PTPS (Patratu) High School and

doctorate in Applied Physics from IIT-BHU in 2002. During

his doctoral research, he worked on the propagation

characteristics of some optical waveguides with new smart

Dr. Kumar is an Assistant Professor (in senior grade) in the

India. He has over 16 years of experience in academics and research. His research interests

include Optoelectronics and Photonics. He has published more than 24 research papers in

international conferences. He has also co-authored 4 book chapters in the books published

from globally recognized publishers. Some of his works have been extensively cited by

many leading researchers in the field. His three books have been published by major

abroad publishers including Nova Science Publishers, Inc. (USA). He is a member of Board

thereafter as Coordinator, Department of Physics, for 3 years at Mody University. Dr. Kumar

is in the editorial board of the International Journal of Electromagnetics and Applications (SAP),

USA, and associated with some international journals as an invited reviewer in his area of

expertise. He is a Life Fellow of Optical Society of India and the Indian Science Congress

He received a B.Sc. degree in 2002 from MDS University,

Ajmer, India and an M.Sc. degree in Physics in 2004 from the

University of Bikaner, and a PhD degree in Photonics in 2011

from MGS University, Bikaner (formerly the University of

Bikaner). He received the Junior Research Fellowship of

College of Engineering & Technology, Bikaner during

Professor in the Department of Physics, MLB Government

College, Nokha, Bikaner, India. He has published more than 40 research papers in nationaland

international conference proceedings. He has published two authored books and one

edited book on photonic crystals in Nova Science Publishers, Inc. (USA). He has been an

Proceedings. His research interests include Optoelectronics, Photonics, and Nonlinear

Optics. Dr. Suthar is a member of the editorial board of the two international journals and

also a reviewer of various international journals. He is also a senior member of International 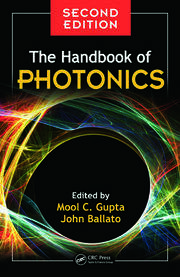 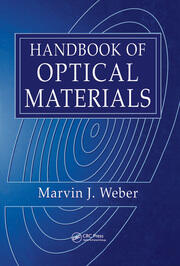 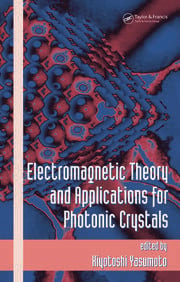 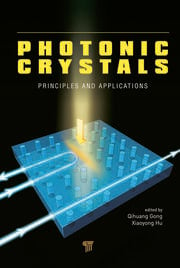