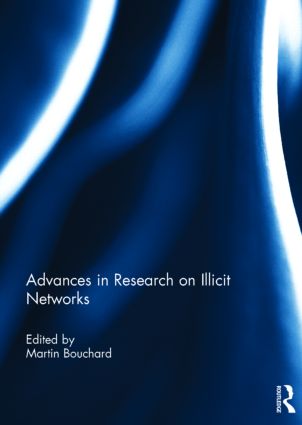 Advances in Research on Illicit Networks

Social network analysis finally reached a critical mass of scholars in the field of criminology. The proven track record of network theory and methods in fostering new advances in our understanding of crimes and criminals has extended the web of researchers willing to integrate this approach to their work. It is more than just a fad – once you adopt a network approach, it almost inevitably becomes the main lens through which you see crime. The insights learned from analysing matrices of relations among offenders, from exploiting the interdependence among actors instead of finding ways to avoid it are simply too great to ignore. This book provides a state of the art assessment into network research currently being conducted in criminology and beyond, pushing the field further in multiple ways. A series of contributions tackle themes and offending types that had yet to be previously empirically investigated, including political conspiracies, steroid distribution, methamphetamine production, illicit marketplaces on the Internet, and small arms trafficking. Advances are also found in the data sources used to extract illicit networks, and the methods used to analyse them.

This book was originally published as a special issue of Global Crime.

1. Advances in research on illicit networks2. Co-offending in Canada, England and the United States: a cross-national comparison3. Friends with(out) benefits: co-offending and re-arrest4. Exploring the social organisation and structure of stolen data markets5. Reputation in a dark network of online criminals6. The multiplexity of political conspiracy: illegal networks and the collapse of Watergate7. The BALCO scandal: the social structure of a steroid distribution network8. Evolution of a drug trafficking network: Mapping changes in network structure and function across time9. Small arms, big guns: a dynamic model of illicit market opportunity10. Networks as strategic repertoires: Functional differentiation among Al-Shabaab terror cells

Martin Bouchard is Associate Professor of Criminology at Simon Fraser University, Canada. His research focuses on the organization and dynamics of illegal markets, and the role of social networks in a variety of criminal phenomena. His work appeared in numerous journals, including Journal of Quantitative Criminology, Journal of Research in Crime and Delinquency, Justice Quarterly, and Social Networks.