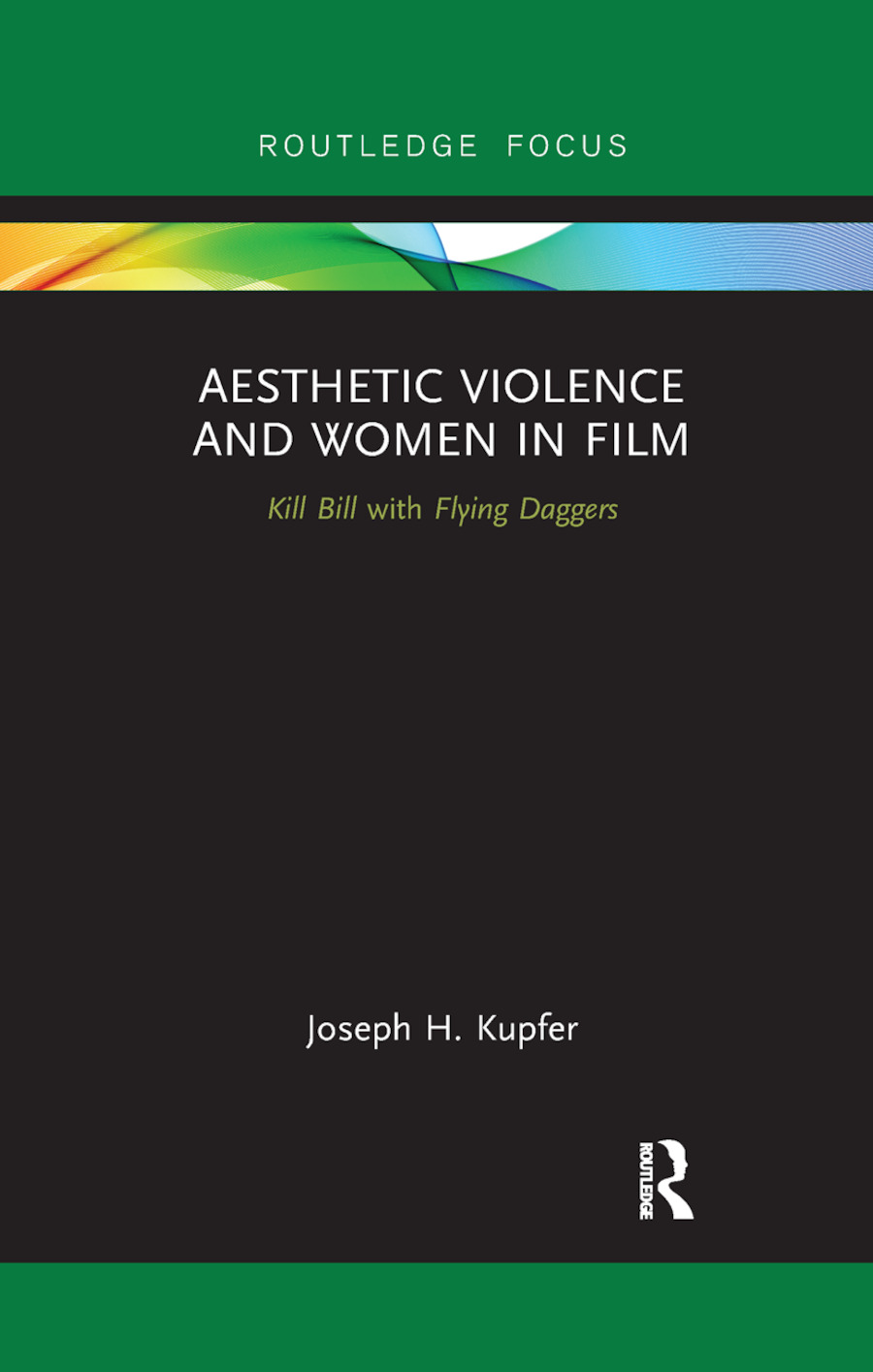 Aesthetic Violence and Women in Film

Aesthetic Violence and Women in Film is a highly readable and timely analysis of the intersection of two recent cinematic trends in martial arts films: aesthetic violence and warrior women.

Joseph Kupfer establishes specific categories of aesthetic film violence, including hyper-violence, a visual style that emphasizes the sensuous surface of physical destruction and surreal violence, when spectacular imagery and gravity-defying dance replace blood and gore. He then goes on to outline the ascendancy during the past decades of female characters to the status of hero in action films. Interweaving these two subjects, the book reveals how women warriors instigate and animate the models of aesthetic violence introduced. The hyper-violence of Kill Bill celebrates the triumphs of the Bride, whose maiming and dismemberment of enemies produce brilliant red plumes and silvered geysers of blood. The surrealistic violence in Crouching Tiger, Hidden Dragon and The House of Flying Daggers creatively elevates violence from earthbound mayhem to an enchanting aerial display of female-dominated acrobatics. Both film-storiesare driven by the plight and aspirations of female combatants, suggesting an affinity between women and the transfiguration of fighting wrought by surrealistic violence.

By elevating the significance of violence in action films and linking it together with the growing popularity of central female characters in this genre, Aesthetic Violence and Women in Film will be of interest to students and scholars in film studies, popular culture, gender studies, aesthetics, and social philosophy.

Joseph H. Kupfer is University Professor Philosophy at Iowa State University, USA, where he teaches ethics, aesthetics, and medical ethics. Recent articles deal with virtue, sainthood, and philosophy in film. His previous book was Meta-Narrative in the Movies: Tell Me a Story (2014).