African American Women in the News
Gender, Race, and Class in Journalism 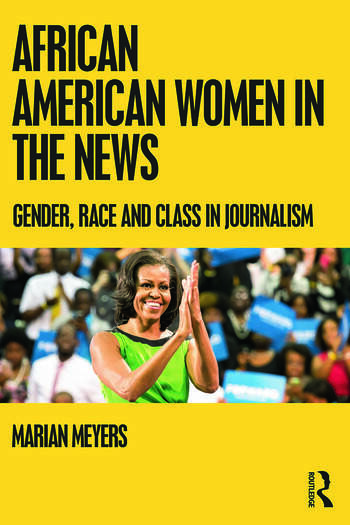 African American Women in the News: Gender, Race, and Class in Journalism

Marian Meyers is Associate Professor in the Department of Communication and an affiliate of the Institute for Women’s, Gender and Sexuality Studies at Georgia State University.

"In this book, Marian Meyers reveals the complicated ways in which aspects of identity such as race, ethnicity, class and gender work together to produce narratives of difference in representing the figure of the African American woman in mediated discourse. Her innovative intersectional analysis is both sophisticated and clear, providing persuasive and meaningful insights." —Karen Ross, Department of Communication & Media, University of Liverpool

"Marian Meyers’s background as both a journalist and a superb qualitative scholar come through in this book. The research is long overdue and her book instantly fills a hole on our academic bookshelves. The stories she examines are familiar to us, but the research Meyers offers takes us into the substance and meanings of the events with new understanding." —Carolyn Byerly, John H. Johnson School of Communications, Howard University

"In the first published study of its kind, Meyers reveals the conflicting images of black women in American journalism, sifting through representations in a wide array of media platforms."—Ms. Magazine, Summer 2013

"The strength of African American Women in the News is that Prof. Meyers presents a sustained interrogation into the diverse, albeit often confining and reductive discourses enveloping women. She offers a contemporary, case-centered exploration into the less transparent intersections among race, gender, and class in U.S. news… To be sure, African American Women in the News is an important work." —Robin Means Coleman, University of Michigan