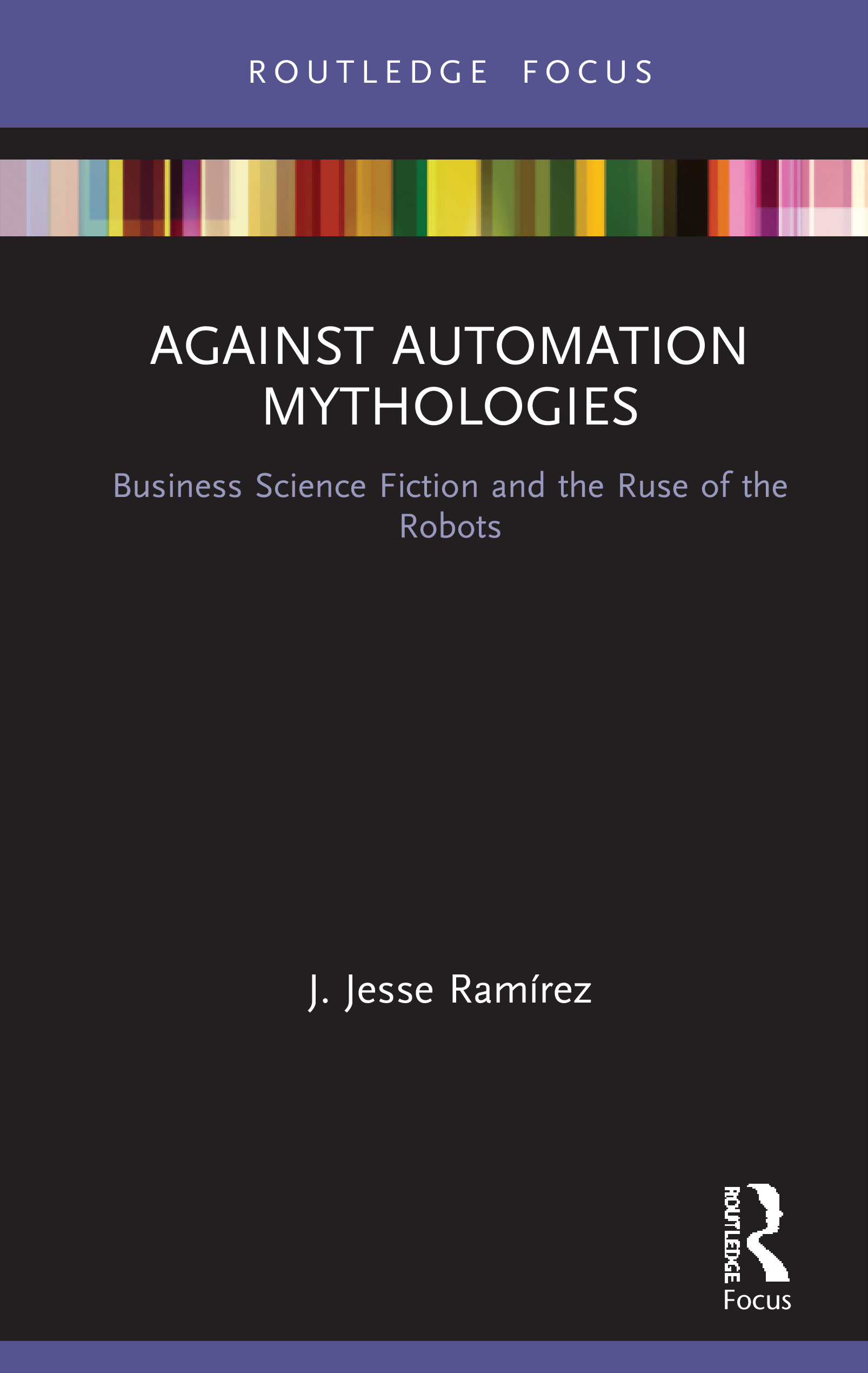 Business Science Fiction and the Ruse of the Robots, 1st Edition

Inspired by Roland Barthes’s practice of "semioclasm" in Mythologies, this book offers a "technoclasm"; a cultural critique of US narratives, discourses, images, and objects that have transformed the politics of automation into statements of fact about the "rise of the robots".

Treating automation as an ensemble of technologies and science fictions, this book foregrounds automation’s ideologies, exaggerations, failures, and mystifications of the social value of human labor in order to question accepted and prolific automation mythologies. Jesse Ramirez offers a study of automation that recognizes automation as a technosocial project, which uses the tools of cultural studies and history to investigate the narratives and ideologies that often implicitly frame the automation debate, and that concretely and soberly assesses the technologies that have made the headlines. The case studies featured include some of the most widely cited and celebrated automatic technologies, such as the Baxter industrial robot, the self-driving car, and the Watson AI system.

An ideal resource for anyone interested in or studying emerging technology and society, automation, Marxian cultural theory, cultural studies, science fiction studies, and the cultural history of technology.

is Assistant Professor of American Studies at University of St. Gallen, Switzerland. His research and scholarship explores American cultural, literary and intellectual history, digital media and technologies, the cultural history of automation, science fiction and utopia, and ethnic studies. He is particularly interested in narratives regarding the future of technology and work.