Age of Louis XIV
The Rise of Modern Diplomacy 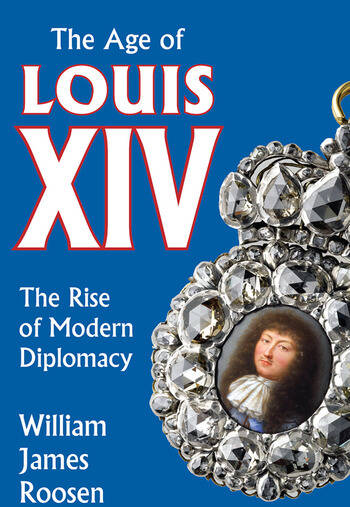 Age of Louis XIV: The Rise of Modern Diplomacy

William James Roosen has written the first general study of European diplomacy in the age of Louis XIV which is based on the actual practices and institutions of that era, rather than on the writing of early theoreticians.

Though the seventeenth century may not have been a period of great innovations in international diplomacy, it provides us with an important illustration of the "workings of a system which was well suited to the gradually changing needs of its time" and which has been called "the best form of diplomacy ever developed."

Dr. Roosen demonstrates both the obvious differences and the many similarities between diplomatic procedures and practices of the seventeenth century and the twentieth. Any student of diplomacy and international relations will gain valuable insight and understanding from this study of the early modern diplomatic personalities, institutions, and practices.

One of Dr. Roosen's goals in writing this book has been to discover the relationships between the ideological and socioeconomic structures and the diplomatic personalities who have influenced modern diplomacy. Further, he supplies the only available study of the realities of diplomatic practices in seventeenth century Europe, and provides an excellent basis for comparison with twentieth century international relations, in the hope that "studying early modern diplomatic personalities, institutions and practices should increase our understanding of international relations today."

There are chapters on "The States of Europe," "Kings and Ministers," "Ambassadors," "Second Class Diplomats," "A Typical Early Modern Embassy," "Information: Important Objective of Diplomatic Activity," and "The Variety of Diplomatic Duties.