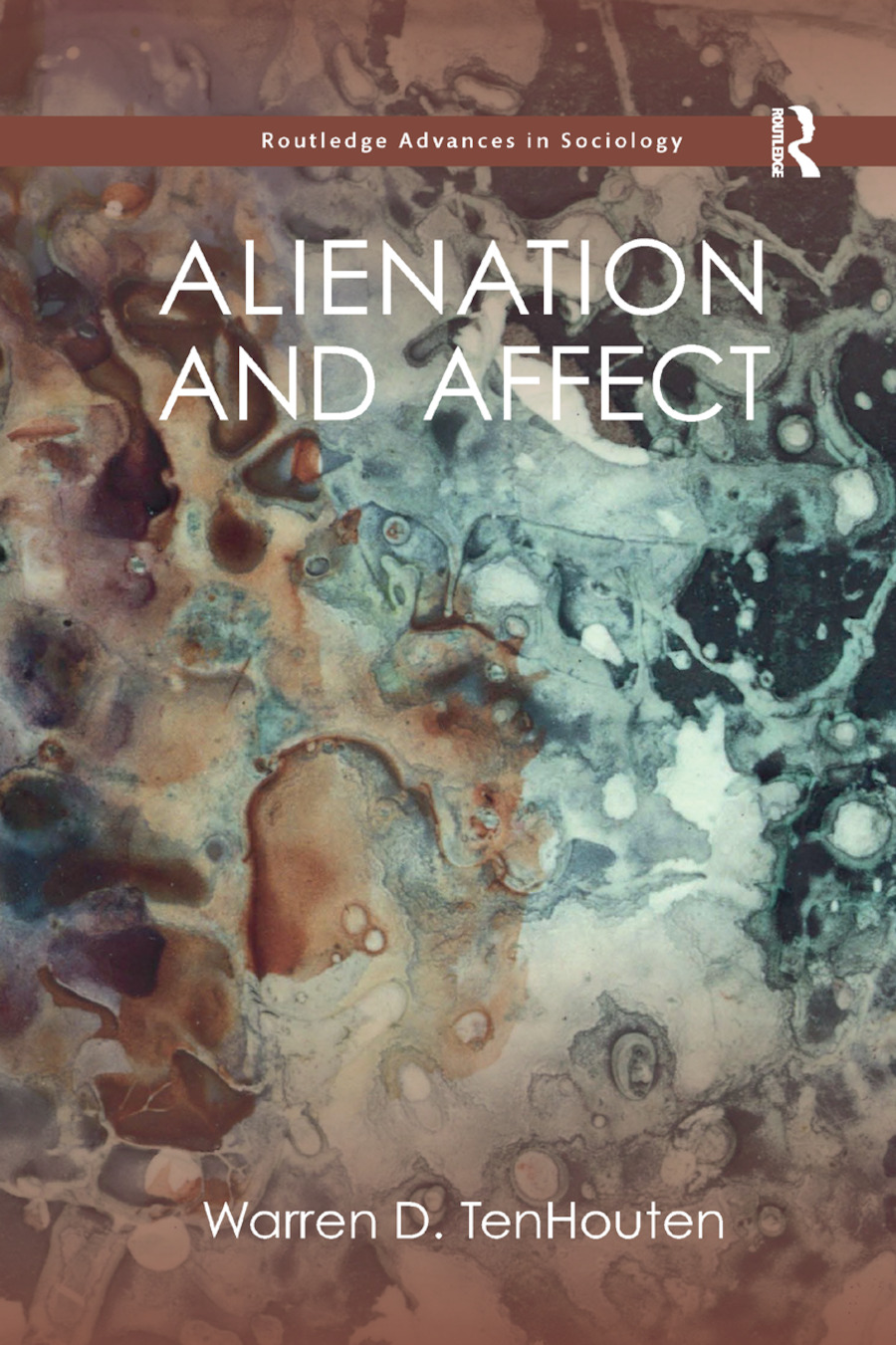 Alienation has objective, social-structural determinants, yet is experienced subjectively as a psychological state involving both emotion and cognition. Part I considers conceptualizations of alienation and affect in historical context, emphasizing Rousseau, Hegel, Marx, Simmel, and Weber. Part II develops a theory of the affective bases of Seeman’s original five varieties of alienation – normlessness, meaninglessness, self-estrangement, cultural estrangement, and powerlessness. The book argues that both normlessness and cultural estrangement manifest in two distinct forms and involve distinct emotions. Thus it develops the affective bases of seven distinct varieties of alienation. This work synthesizes classical and contemporary alienation theory and the sociology of emotions. It contributes to political sociology, and finds application in social psychiatry and related health and social-service fields that treat traumatized and highly alienated individuals.

PART I: Alienation and Affect in Historical Context

1. Alienation and Affect, From the Ancient World to Early Modernity

2. Alienation and Affect in 18th and 19th Century Social Philosophy

3. Alienation, from Hegel and Feuerbach to Marx and Engels

4. Alienation and Affect in the Late-19th and the 20th Centuries

5. Emotions as Adaptive Reactions to Problems of Life

6. Normlessness, Anomie, and the Emotions

9. Cultural Estrangement and the Emotions

10. The Emotions of Powerlessness

11. A Summing Up, Competing Sociological Models of Alienation, and Issues in Alienation Theory and Research

Warren D. TenHouten,Research Professor of Sociology at the University of California at Los Angeles, is the author of nearly 100 publications, including Time and Society (2005), A General Theory of Emotions and Social Life (2007), and Emotion and Reason (2012). His interdisciplinary research interests have spanned the sociology of time, neurosociology, creativity, and life-historical and historiometric research methodology. His current work concerns emotions and the foundations of human rationality.