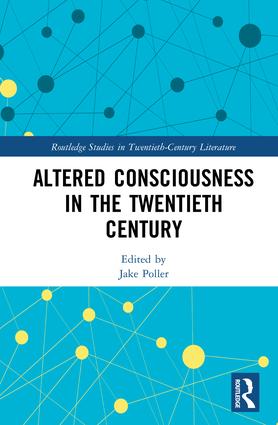 Altered Consciousness in the Twentieth Century

The twentieth century saw an unprecedented spike in the study of altered states of consciousness. New ASCs, such as those associated with LSD and psilocybin mushrooms, were cultivated and studied, while older ASCs were given new classifications: out-of-body experiences, near-death experiences, psychokinesis, extrasensory perception.  Altered Consciousness in the Twentieth Century analyses these different approaches and methodologies, and includes exciting new research into neglected areas.

This volume investigates the representation of ASCs in the culture of the twentieth century and examines the theoretical models that attempt to explain them. The international contributors critically examine a variety of ASCs, including precognition, near-death experiences, telepathy, New Age ‘channelling’, contact with aliens and UFOs, the use of alcohol and entheogens, analysing both the impact of ASCs on the culture and how cultural and technological changes influenced ASCs. The contributors are drawn from the fields of English and American literature, religious studies, Western esotericism, film studies, sociology and history of art, and bring to bear on ASCs their own disciplinary and conceptual perspectives, as well as a broader interdisciplinary knowledge of the subject. The collectionrepresents a vital contribution to the growing body of work on both ASCs and the wider academic engagement with millennialism, entheogens, occulture and the paranormal.

1. Writing in the Space Between: Life After Death in the Fiction of Richard Matheson

4. Precognition as a Problem of Heredity in the 1930s

5. Divining the Distant Past: Altered Consciousness, the Paranormal, and

6. Alice A. Bailey and the Consciousness of the New Age

7. The Herald of the Christ: Benjamin Creme and the Theosophical Imagination

8. Prism of Lyra: UFO Consciousness and Portals to Cosmic Awareness

9. Carlos Castaneda and the Construction of Non-Ordinary Reality

10. ‘The prophetic discernment of what is possible’: Aldous Huxley’s The Doors of

11. Altered Consciousness in Easy Rider and Altered States: A Historical and

12. ‘Damned voice in my head’: Jean Rhys and Drunken Consciousness

Jake Poller recently contributed a chapter to The Occult Imagination in Britain, 1875-1947 (Routledge, 2018). His articles have appeared in several peer-reviewed journals, including Aries, Literature and Theology, D.H. Lawrence Review and the Aldous Huxley Annual.