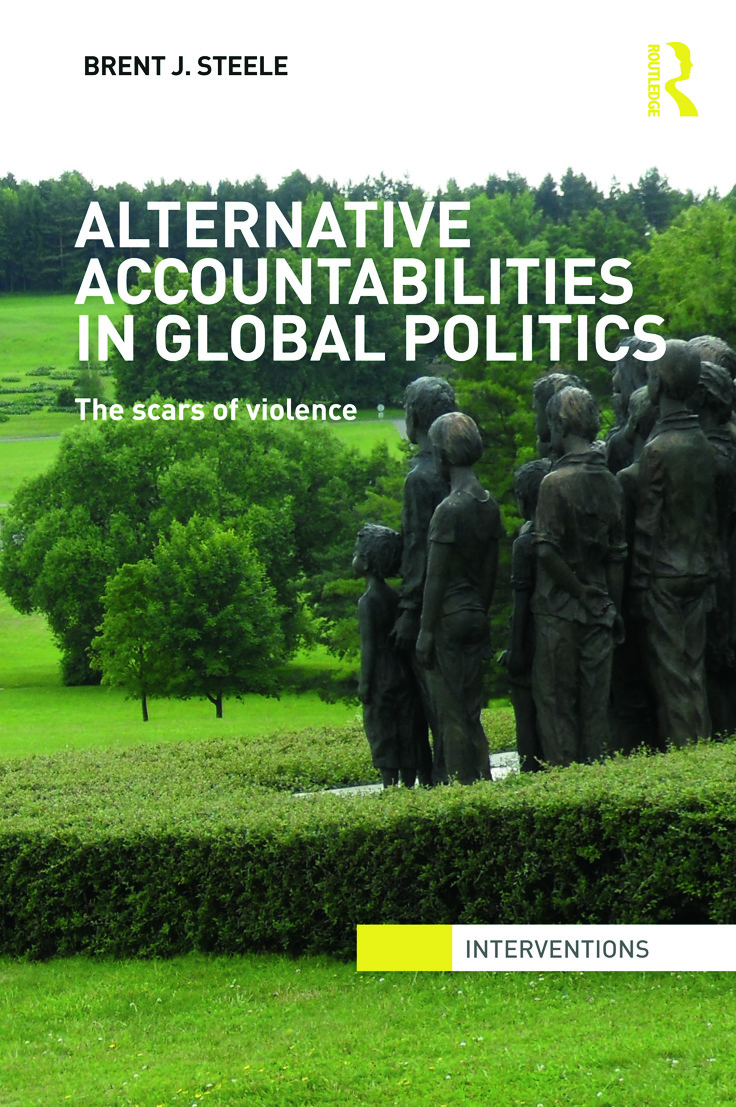 The Scars of Violence, 1st Edition

In fields such as politics, international relations, public administration and international law, there is a rapidly growing interest in the topic of ‘accountability’. In this innovative new work, Steele shows how we might recognize how an alternative form of accountability in global politics has been present for some time, and that, furthermore, this form’s continued presence remains one of the most politically powerful, if not endurable, possibilities for resistance in the near future.

This book argues that the physical and visually shocking outcomes of violence found on the bodies of humans, as well as the buildings and landscapes which surround us, specifically the scars they leave behind, remain one of our most compelling forms of accountability. Steele develops the theoretical argument on scars and exteriority utilizing insights from several philosophical and theoretical resources including Hannah Arendt, Erving Goffmann, and Richard Rorty. The work examines scars and their effects through several illustrations, including the accounts of Emmett Till, Iranian protestor Neda Agha-Soltan, the Syrian boy Hamza al-Khateeb, the massacre in WWII and then memorializing throughout the 20th century of the Lidice children in the modern-day Czech Republic, the particular architecturally destructive outcomes of the 2008-9 Gaza War, the loss of the Twin Towers in New York, as well as a variety of violent scars found on the landscapes of Europe and Southeast Asia.

Emphasizing the importance of the space and ‘time’ of scars, the book illustrates how an alternative form of accountability in the scar can be a useful, disruptive, spontaneous, but also creative practice to challenge the discourses of violence which remain with us today.

Brent J. Steele’s Alternative Accountability in Global Politics: The Scars of Violence pushes out the frontier of scholarship on the body and international relations, drawing insights that enrich our understanding of violence in our world, violence that cannot be escaped. Steele opens up an account of how violence is brought to account through the evidentiary scars on our bodies, on our cities, and on our hearts and souls. Yet Steele is able to navigate a scholarly project that is morally compelling (How can we not be enraged?) while avoiding superficial polemics. His deep understanding of political theory and careful attention to interpretation of the micro-instance of scars tells of humanity, contingency, and fragility – analyses that we, as scholars and students and as humans, need to hear.

Steele’s book is a poignant account of how international politics operates at the level of the human body, leaving telling, disturbing, and often gruesome marks—or indeed scars—that demand to be seen, acknowledged, and theorized. The scars of international violence, Steele argues, have powerful, even if destabilizing, stories to tell us about politics, justice, and life. Gripping, critically challenging, emotionally charged, and meticulously composed, Steele’s The Scars of Violence draws our eye to the wounds of international politics and to their stories that, too often, are silenced by dominant policies, strategies, and theories. This text is a "must read" for students and scholars of politics, law, and society who are interested in alternative ways of apprehending violence and its representation.

Introduction 1. The Account of the Scar: Theory and Methods 2. Towards a Politics of Exteriority 3. The Body's Resistance: Anthrobiological Scars 4. The Spaces Around Us: Architectural and Landscape Scars Conclusion

Brent J. Steele is Associate Professor in the Department of Political Science at the University of Kansas, USA.