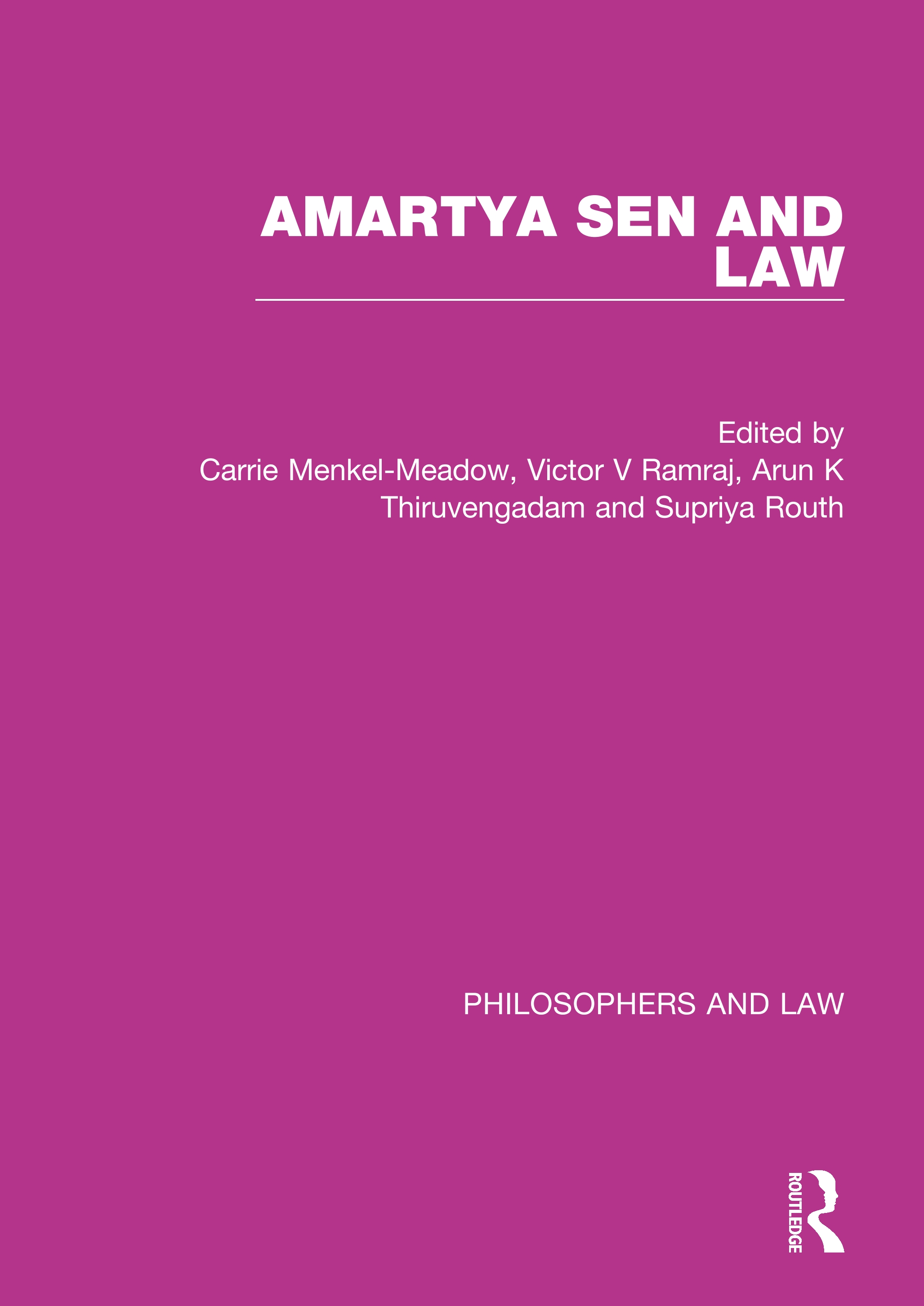 This volume introduces and collects some of the leading articles on noted economist and philosopher Amartya Sen’s contributions to law and jurisprudence. While Sen has not contributed explicitly to the discipline of law, his scholarship has inspired significant investigations of core jurisprudential subjects. With the publication of The Idea of Justice in 2009, Sen has contributed many notable ideas to important concepts of jurisprudence, challenging notions of universalism and institutionalism in jurisprudential concepts, and contributing his own ideas on justice and equality. He offers fresh insights on the content of democracy and enumerates what good decision making in different contexts might entail. He has written importantly on issues of identity and cosmopolitanism, demonstrating the complexity of modern ideas of diversity, fairness and most importantly, sensitivity to context in assessing policies and governmental strategies. This curated collection of essays seeks to explore what other scholars have made of Sen’s contributions to law and jurisprudence and the achievement of justice at both local and global levels. It includes an introductory essay that provides an overview of Sen’s corpus of work and sorts, defines and explains the issues that are explored more fully in the 14 essays that follow. Those essays engage with different aspect of Sen’s work, addressing his influence on political theory; jurisprudence; law with applications to constitutional theory and adjudication; deliberative democracy; political participation and decision making; human rights; labour law; law and development; gender justice; economic and political development and measurements; and assessment and theories of individual, collective and global justice.

Victor V. Ramraj is Professor of Law, Chair in Asia-Pacific Legal Relations, and Director of the Centre for Asia-Pacific Initiatives at the University of Victoria, Canada.

Arun K. Thiruvengadam is Professor of Law at the School of Policy and Governance, Azim Premji University in Bengaluru (Bangalore), India.

Supriya Routh is an Assistant Professor of Law at the Faculty of Law, University of Victoria, Canada.