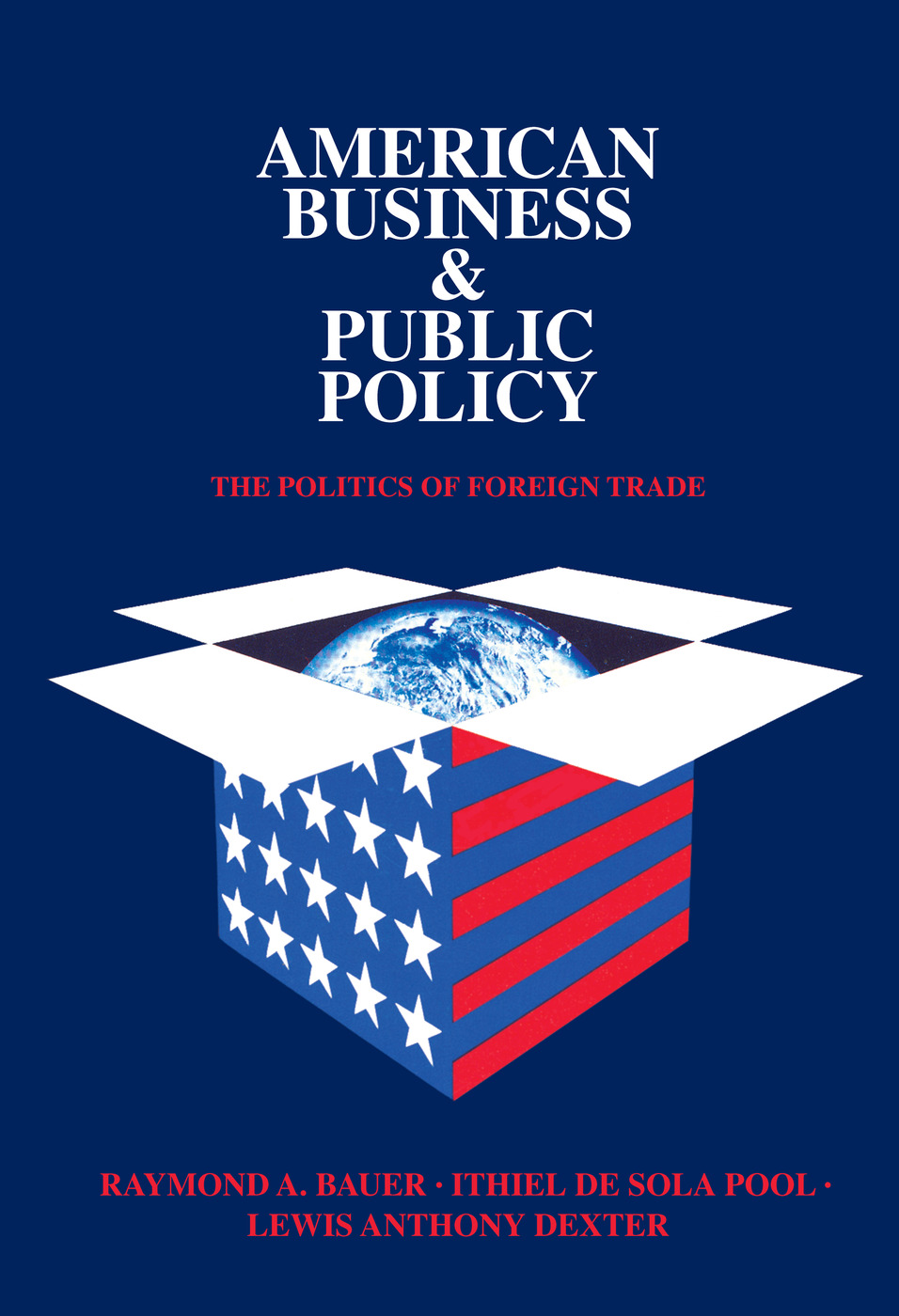 American Business and Public Policy is a study of the politics of foreign trade. It challenges fifty years of writ-ing on pressure politics. It includes nine hundred interviews with heads of corporations, including 166 of the 200 largest corporations; another 500 interviews with congressmen, lob-byists, journalists, and opinion leaders; and eight community studies making this book the most intensive survey in print of the politics of business. It is a realistic behavioral examination of a major type of economic decision.

The authors introduce their study with a history of the tariff as a political issue in American politics and a history of American tariff legislation in the years from Europe's trade recovery under the Marshall Plan to the challenge of the Common Market. They examine in succession the changing attitudes of the general public and the political actions of the business community, the lobbies, and Congress.

American Business and Public Policy is at once a study of a classic issue in American politics—the tariff; decision-making, particularly the relation of economic to social-psycho-logical theories of behavior; business communication—what businessmen read about world affairs, what effect foreign travel has on them, where they turn for political advice, and how they seek political help; pressure politics, lobbying, and the Congressional process.