American Fiction of the 1990s
Reflections of history and culture 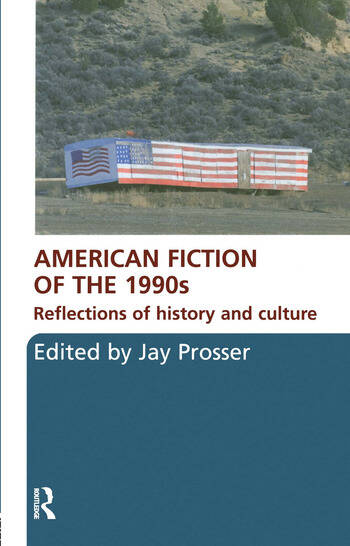 American Fiction of the 1990s: Reflections of history and culture

American Fiction of the 1990s: Reflections of History and Culture brings together essays from international experts to examine one of the most vital and energized decades in American literature. This volume reads the rich body of 1990s American fiction in the context of key cultural concerns of the period.

The issues that the contributors identify as especially productive include:

American Fiction of the 1990s examines texts by established authors such as Don DeLillo, Toni Morrison, Philip Roth and Thomas Pynchon, who write some of their most ambitious work in the period, but also by emergent writers, such as Sherman Alexie, Chang-Rae Lee, E. Annie Proulx, David Foster Wallace, and Jonathan Franzen. Offering new insight into both the literature and the culture of the period, as well as the interaction between the two in a way that furthers the New American Studies, this volume will be essential reading for students and lecturers of American literature and culture and late twentieth-century fiction.

'It is to this collection's credit that it provides an extensive overview of 1990s U.S. fiction that is not only accessible to students, but one that will also be welcomed by those working at advanced levels in U.S. literary studies. Prosser's excellent collection provides a full and comprehensive sense of a decade that has only partially been explored, redefining the place of authors who continued to mature in the nineties, establishing the significance of writers who were emerging in this decade, and redrawing the cultural landscape of nineties America.' - Philip Leonard, Gramma: Journal of Theory and Criticism

"As a whole, the collection demonstrates not only the breadth and depth of 1990s American fiction but also the diverse critical languages available to interrogate and interpret those texts." - D.E. Magill, University of Pittsburgh at Johnstown