Understanding the effects of radical change on public personnel systems is critically important both now and in the future to all those interested in the quality of American democracy. Civil service reform is occurring at all levels of government both in the United States and abroad.

American Public Service: Radical Reform and the Merit System is a collection of papers that examine the innovations, strategies, and issues found in the contemporary civil service reform debate. Offering diverse perspectives from expert contributors, this book presents matters concerning radical reform and the merit system at the federal, state, and local levels of government.

This volume offers fresh insight into the effects of merit system changes on employees. Divided into four sections, this book…

·     Discusses a variety of key issues, such as the impact on racial inequality of moving from a protected class employment status to an unprotected at-will relationship

The book provides a baseline of data on reforms as well as an account of their current promises and pitfalls. Covering topics ripped from the headlines, this text also identifies pressing issues and makes suggestions for the future. Offering a variety of methodological approaches, it is ideal for all those interested in effective governance.

“Until now, however, no single reference has offered a comprehensive, empirical selection of the latest work on radical reform and the merit system. …a fresh examination of the innovations, strategies, and issues found in the contemporary civil service reform debate.”
 www.SirReadaLot.org, December Issue, 2006 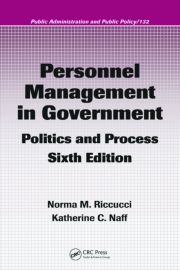 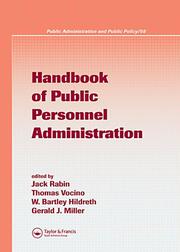