Amino Acid Chelation in Human and Animal Nutrition compiles published chemical, nutritional, and clinical studies with new unpublished research. It interprets the combined data for the first time to explain why the body responds to an amino acid chelate differently than it does to inorganic metal salts.

Focusing on digestion, the book follows how chelates are absorbed from the stomach and intestines into the mucosal tissue, their movement from the mucosal tissue into the blood, and uptake into tissue and organ cells. Amino Acid Chelation in Human and Animal Nutrition compares amino acid chelate absorption and metabolism and that of inorganic salts of the same minerals.

This book mainly focuses on the ingestion of amino acid metal chelates as a way to optimize mineral absorption, but it also provides a fundamental discussion of chelation chemistry. The author includes his own results, as well as alternate interpretations of the results of numerous studies of animal and human amino acid mineral chelate digestion and absorption.

The views published in this book are solely the author’s views and do not reflect the views of his company, Albion Laboratories.

Dr. H. DeWayne Ashmead, president of Albion Laboratories Incorporated, has been involved in research related to amino acid chelates since the 1960s. The results of his research and the research that he and his father, the late Dr. Harvey Ashmead, directed have been published in seven books authored by Dr. Ashmead. He has also published more than 25 peer-reviewed journal articles and more than 60 magazine articles on the same subject. In addition, he has authored chapters on chelation in several books, and his research has led to 18 patents.

Dr. Ashmead received his BS degree in business in 1969, and his PhD degree in clinical nutrition in 1981. He sits on the board of directors of his own company, Albion Laboratories, as well as the boards of a bank, a hospital, and two universities. He has been recognized with an honorary doctorate of humanities by Weber State University. In 2006, he was honored by Ernst & Young as the regional Entrepreneur of the Year in the area of health sciences. In 2008, he received the State of Utah Governor’s Medal for Science and Technology. He is a member of several professional organizations, and a Fellow of the American College of Nutrition.

"One cannot help but admire the clarity of writing and the logical and stepwise development of the material in this book. This reference should be invaluable to bioinorganic mineral researchers and others seeking to enhance mineral bioavailability to support optimal health and productivity."
—Wayne Askew, Ph.D., Professor, Division of Nutrition, University of Utah 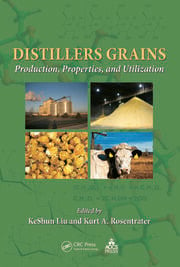