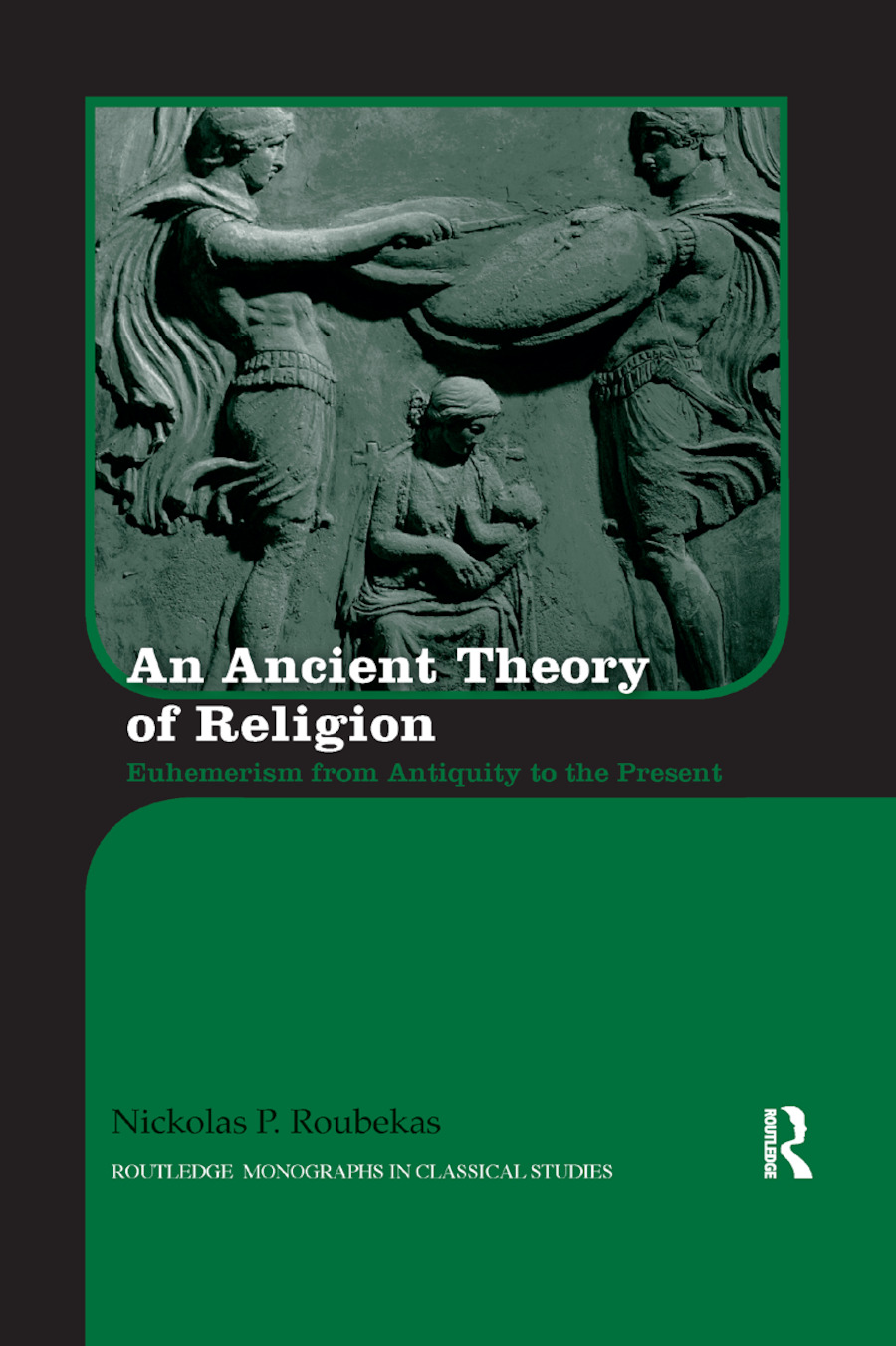 An Ancient Theory of Religion

Euhemerism from Antiquity to the Present, 1st Edition

An Ancient Theory of Religion examines a theory of religion put forward by Euhemerus of Messene (late 4th—early 3rd century BCE) in his lost work Sacred Inscription, and shows not only how and why euhemerism came about but also how it was— and still is—used.

By studying the utilization of the theory in different periods—from the Graeco-Roman world to Late Antiquity, and from the Renaissance to the twenty-first century—this book explores the reception of the theory in diverse literary works. In so doing, it also unpacks the different adoptions and misrepresentations of Euhemerus’s work according to the diverse agendas of the authors and scholars who have employed his theory. In the process, certain questions are raised: What did Euhemerus actually claim? How has his theory of the origins of belief in gods been used? How can modern scholarship approach and interpret his take on religion? When referring to ‘euhemerism,’ whose version are we employing? An Ancient Theory of Religion assumes no prior knowledge of euhemerism and will be of interest to scholars working in classical reception, religious studies, and early Christian studies.

3. Returning to the Sources

Afterword: On the Use and Abuse of a Theory