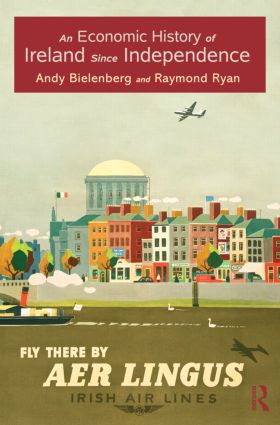 An Economic History of Ireland Since Independence

This book provides a cogent summary of the economic history of the Irish Free State/Republic of Ireland. It takes the Irish story from the 1920s right through to the present, providing an excellent case study of one of many European states which obtained independence during and after the First World War. The book covers the transition to protectionism and import substitution between the 1930s and the 1950s and the second major transition to trade liberalisation from the 1960s. In a wider European context, the Irish experience since EEC entry in 1973 was the most extreme European example of the achievement of industrialisation through foreign direct investment. The eager adoption of successive governments in recent decades of a neo-liberal economic model, more particularly de-regulation in banking and construction, has recently led the Republic of Ireland to the most extreme economic crash of any western society since the Great Depression.

"The economic history of Ireland since independence—from decades of underachievement to Celtic Tiger, from Celtic Tiger to burst bubble—is a challenging and exciting story, waiting to be told. Andy Bielenberg and Ray Ryan meet the challenge magnificently.’

Andy Bielenberg is the Statutory Lecturer in Economic History at University College Cork.