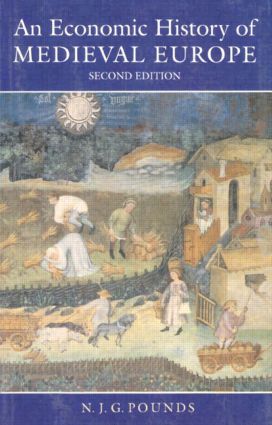 An Economic History of Medieval Europe

A clear and readable account of the development of the European economy and its infrastructure from the second century to 1500. Professor Pounds provides a balanced view of the many controversies within the subject, and he has a particular gift for bringing a human dimension to its technicalities. He deals with continental Europe as a whole, including an unusually rich treatment of Eastern Europe. For this welcome new edition -- the first in twenty years -- text and bibliography have been reworked and updated throughout, and the book redesigned and reset.

Foreward to the first edition.

Foreward to the second edition.

3. The expansion of the medieval economy.

4. The population of medieval Europe.

6. The development of the medieval town.

8. Trade in the middle ages.