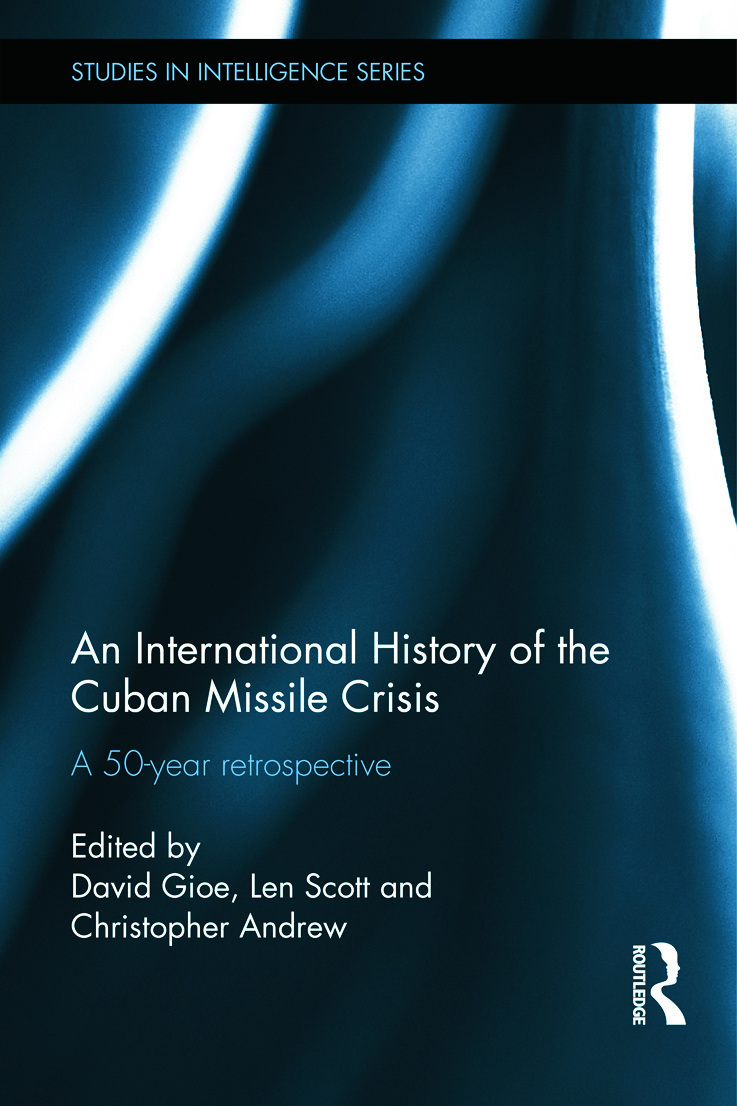 An International History of the Cuban Missile Crisis

This edited volume addresses the main lessons and legacies of the 1962 Cuban Missile Crisis from a global perspective.

Despite the discoveries of recent research, there is still much more to be revealed about the handling of nuclear weapons before and during the Cuban Missile Crisis (CMC). Featuring contributions from a number of eminent international scholars of nuclear history, intelligence, espionage, political science and Cold War studies, An International History of the Cuban Missile Crisis reviews and reflects on one of the critical moments of the Cold War, focussing on three key areas.

First, the volume highlights the importance of memory as an essential foundation of historical understanding and demonstrates how events that rely only on historical records can provide misleading accounts. This focus on memory extends the scope of the existing literature by exploring hitherto neglected aspects of the CMC, including an analysis of the operational aspects of Bomber Command activity, explored through recollections of the aircrews that challenge accounts based on official records. The editors then go on to explore aspects of intelligence whose achievements and failings have increasingly been recognised to be of central importance to the origins, dynamics and outcomes of the missile crisis. Studies of hitherto neglected organisations such as the US Defense Intelligence Agency (DIA) and the British Joint Intelligence Committee (JIC) both extend our understanding of British and American intelligence machinery in this period and enrich our understanding of key episodes and assessments in the missile crisis. Finally, the book explores the risk of nuclear war and looks at how close we came to nuclear conflict.  The risk of inadvertent use of nuclear weapons is evaluated and a new proposed framework for the analysis of nuclear risk put forward.

This volume will be of much interest to students of intelligence studies, international history, foreign policy, security studies and IR in general.

David Gioe is a PhD candidate at Corpus Christi College, Cambridge, and previously spent a decade working in the US intelligence community.

Len Scott is Professor of International History and Intelligence Studies at Aberystwyth University.

Christopher Andrew is Emeritus Professor of Modern and Contemporary History at the University of Cambridge and a former visiting Professor of National Strategy and the Harvard University.