An Introduction to Advanced Fluid Dynamics and Fluvial Processes

An Introduction to Advanced Fluid Dynamics and Fluvial Processes

Professor B.S. Mazumder is a former Visiting Professor, at Department of Civil Engineering, Indian Institute of Technology (IIT), Bombay. After his retirement from Indian Statistical Institute (ISI), Kolkata, Professor Mazumder joined as an Emeritus Fellow at the Department of Aerospace Engineering and Applied Mechanics, IIEST, Shibpur, and as a Visiting Professor at IIT Bombay. Soon after his Ph.D. Degree (1976) from the Indian Institute of Technology (IIT), Kharagpur in Applied Mathematics (Fluid Mechanics), B. S. Mazumder joined as a Post-doctoral Fellow at the Indian Statistical Institute (ISI), Kolkata to work on the problems of Applied Fluid Mechanics with Professor Supriya Sengupta, Geologist and Professor J. K. Ghosh, Statistician. Since then, he has been working on various problems of inter-disciplinary nature, in the areas of Turbulence, Fluvial sediment transport, Particle-size distributions, Combined wave-current flows over bedforms, Convection-diffusion process, Flow visualization and image processing, Navigation hydraulics, Flow and heat transfer. He took initiatives and was instrumental to upgrade the existing laboratory, and named as Fluvial Mechanics Laboratory (FML) at ISI Kolkata with sophisticated equipment and excellent research facilities. A hi-tech laboratory is developed to elucidate various problems of statistical fluid mechanics related to turbulence and processes of sedimentation. He received the financial supports from ISI, INSA, DST, DOD, NBHM and CSIR for several interdisciplinary projects. During the period 1989-1991, he worked as a Guest Scientist at the Illinois State Water Survey, UIUC, USA to work on turbulence generated due to navigation traffic in Mississippi and Illinois Rivers. During his tenure at ISI, Kolkata, he supervised more than 9 Ph. D. Theses, 7 Post-doctoral Fellows and 10 Project Assistants. In addition, he also mentored 12 Ph. D. scholars at different universities and institutes. He has more than 150 research papers to his credit in peer-reviewed journals and many national and international conferences. He visited several places in India and abroad; and interacted with different scientists of different disciplines. Professor Mazumder was a Guest Scientist/Guest Professor at different Universities, like the University of Illinois at Urbana-Champaign (UIUC), California Institute of Technology (Caltech), Stanford University, University of California-Davis (UC-Davis), UC-Santa Barbara (UCSB), Rensselaer Polytechnic Institute (RPI), New York, University of Minnesota, Minneapolis, USA, SUNY-Binghamton, University of Western Ontario, Simon Fraser University (SFU)-Canada, Nottingham University, Sheffield University, UCL, King’s College, UK, University of Stuttgart, University of Munich, University of Karlsruhe, Germany, ICTP-Italy, Technical University of Denmark, Tsinghua University, Beijing and many others.

is a Professor & Former Head and Chair of the Department of Civil Engineering, IIT Bombay. He has more than 30 years of experience in the area of water resources and environmental engineering as a Scientist, Professor and Consultant. He works in the areas of Fluid Mechanics, Turbulence, Hydraulics Coastal Hydrodynamics, and Climate Change Impact on Water Resources, CFD, Groundwater Flow, and Contaminant transport. He got his Ph.D. from IIT Bombay in 1995 and worked as Postdoctoral Fellow at the Institute for Hydromechanics, University of Karlsruhe (currently Karlsruhe Institute of Technology), Germany during 1996-1998. During 1998-1999, he worked as Water Resources Modeler and Consultant at Mott MacDonald Company Cambridge UK. Later Dr. Eldho worked as a Senior Research Fellow at Hydrotech Research Institute, National Taiwan University, Taipei during 1999 – 2000. In 2000, Dr. Eldho returned to India and joined at Department of Civil Engineering, IIT Kharagpur as a Faculty. Further Dr. Eldho joined IIT Bombay as a Faculty in 2001and continued his teaching, research, and professional career. He has developed Hydraulics Laboratory of IIT Bombay with many sophisticated equipment and facilities. During the past 21 years at IIT Bombay, Dr. Eldho has guided 34 Ph.Ds., 7 Postdoctoral Fellows and 60 Masters theses. He has published more than 200 research papers in reputed International and National Journals and more than 350 papers in various International and National Conferences. He has developed and offered 25 courses and a number of short-term courses for college teachers and working professionals. Dr. Eldho has delivered more than 175 invited lectures at various Institutions in India and abroad. He has also developed two popular video courses on "Fluid Mechanics" and "Watershed Management". Prof. Eldho serves as an Editor/ Associate Editor and Editorial Board Member of a number of Indian and International Journals and has worked as a reviewer for more than 50 national and international Journals in the recent past. He is also a research proposal reviewer for many research organizations and delivered several invited/ keynote lectures at various national and international organizations and conferences. Dr. Eldho has co-authored two popular text books and contributed 20 book chapters in various edited books. Dr. Eldho has worked as a Consultant for many State and Central Government organizations, Municipal corporations and Companies in the areas of hydraulics, fluid mechanics, flood studies, sump model studies, hydraulic designs etc. And completed more than 100 consultancy projects and more than 10 sponsored projects with agencies such as ISRO, DST, and various Ministries of State and Central Governments. Dr. Eldho is a recipient of many prestigious awards including Eminent Water Resources Scientist, constituted by the Indian Water Resources Society in 2018. 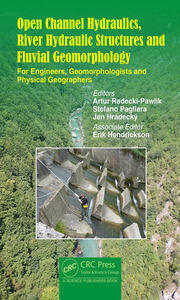 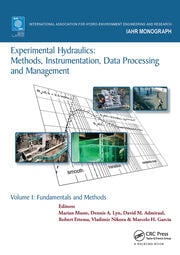 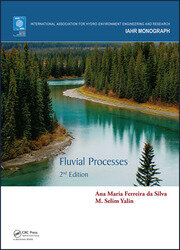