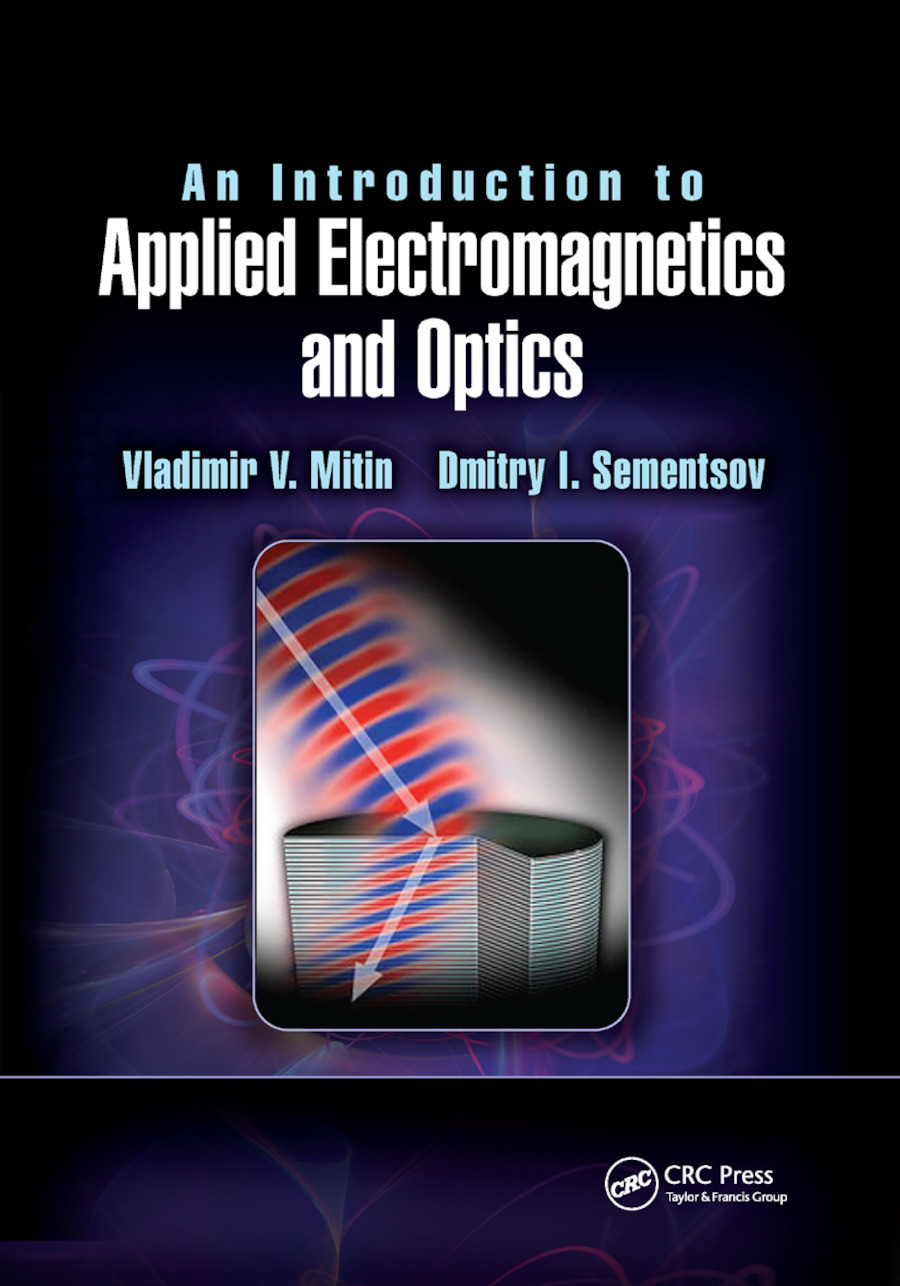 An Introduction to Applied Electromagnetics and Optics

Modern technology is rapidly developing and for this reason future engineers need to acquire advanced knowledge in science and technology, including electromagnetic phenomena. This book is a contemporary text of a one-semester course for junior electrical engineering students. It covers a broad spectrum of electromagnetic phenomena such as, surface waves, plasmas, photonic crystals, negative refraction as well as related materials including superconductors. In addition, the text brings together electromagnetism and optics as the majority of texts discuss electromagnetism disconnected from optics. In contrast, in this book both are discussed. Seven labs have been developed to accompany the material of the book.

Vladimir V. Mitin is SUNY Distinguished Professor in the Department of Electrical Engineering and Adjunct Professor of Physics at the University at Buffalo, The State University of New York. He is a Fellow of IEEE, SPIE, APS, AAAS, and IoP and the author of five textbooks, four research monographs, and more than 260 research articles published in refereed journals.

Dmitry I. Sementsov is Professor of Physics at Ulyanovsk State University, Russia. He is the author of one textbook and more than 420 research papers published in peer-reviewed journals.