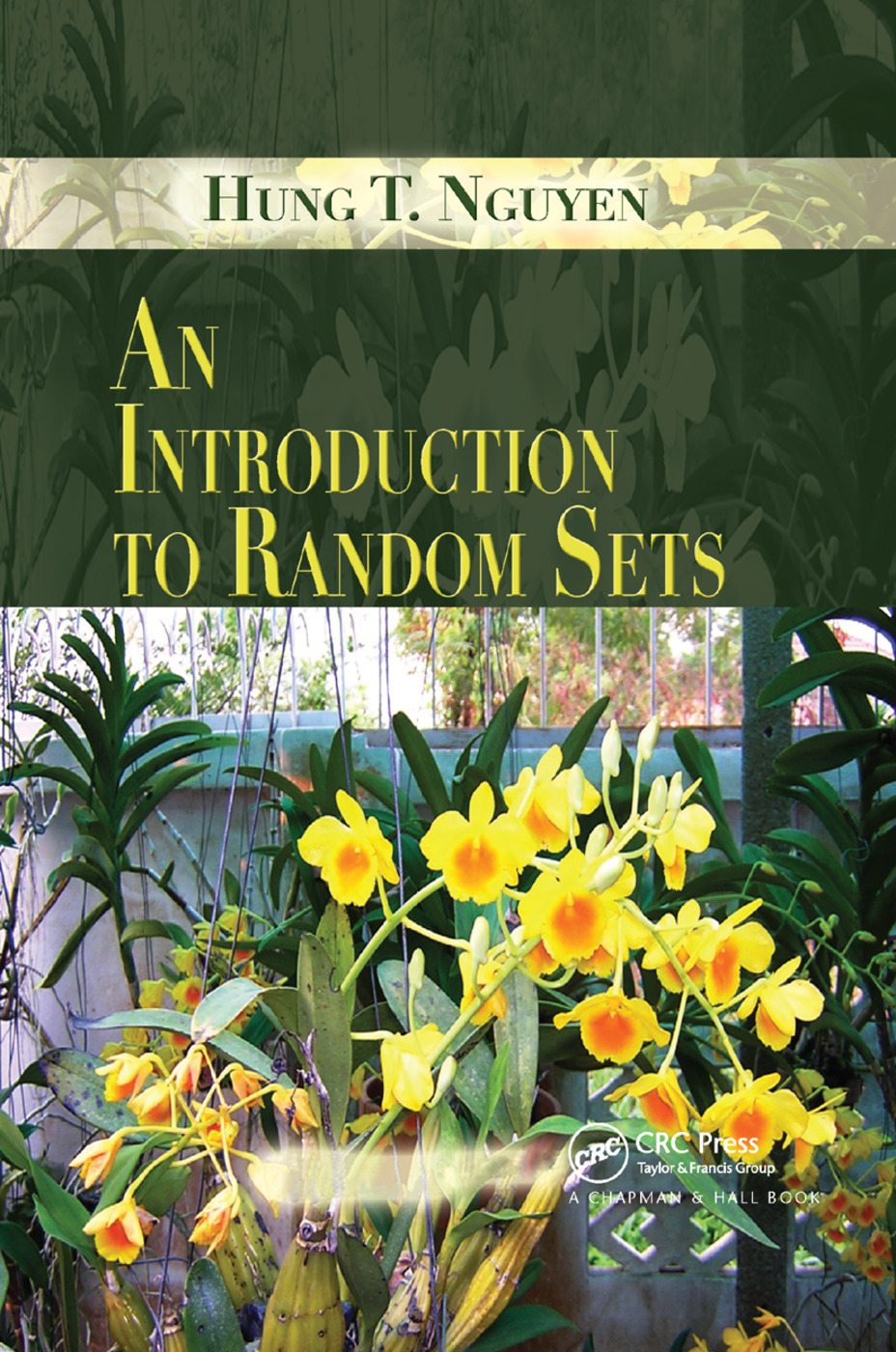 An Introduction to Random Sets

The study of random sets is a large and rapidly growing area with connections to many areas of mathematics and applications in widely varying disciplines, from economics and decision theory to biostatistics and image analysis. The drawback to such diversity is that the research reports are scattered throughout the literature, with the result that in science and engineering, and even in the statistics community, the topic is not well known and much of the enormous potential of random sets remains untapped.

An Introduction to Random Sets provides a friendly but solid initiation into the theory of random sets. It builds the foundation for studying random set data, which, viewed as imprecise or incomplete observations, are ubiquitous in today's technological society. The author, widely known for his best-selling A First Course in Fuzzy Logic text as well as his pioneering work in random sets, explores motivations, such as coarse data analysis and uncertainty analysis in intelligent systems, for studying random sets as stochastic models. Other topics include random closed sets, related uncertainty measures, the Choquet integral, the convergence of capacity functionals, and the statistical framework for set-valued observations. An abundance of examples and exercises reinforce the concepts discussed.

Designed as a textbook for a course at the advanced undergraduate or beginning graduate level, this book will serve equally well for self-study and as a reference for researchers in fields such as statistics, mathematics, engineering, and computer science.

SOME RANDOM SETS IN STATISTICS

Random Sets and Their Distributions

Notes on the Choquet Theorem on Polish Spaces

SOME ASPECTS OF STATISTICAL INFERENCE WITH COARSE DATA

A Variational Calculus of Set Functions