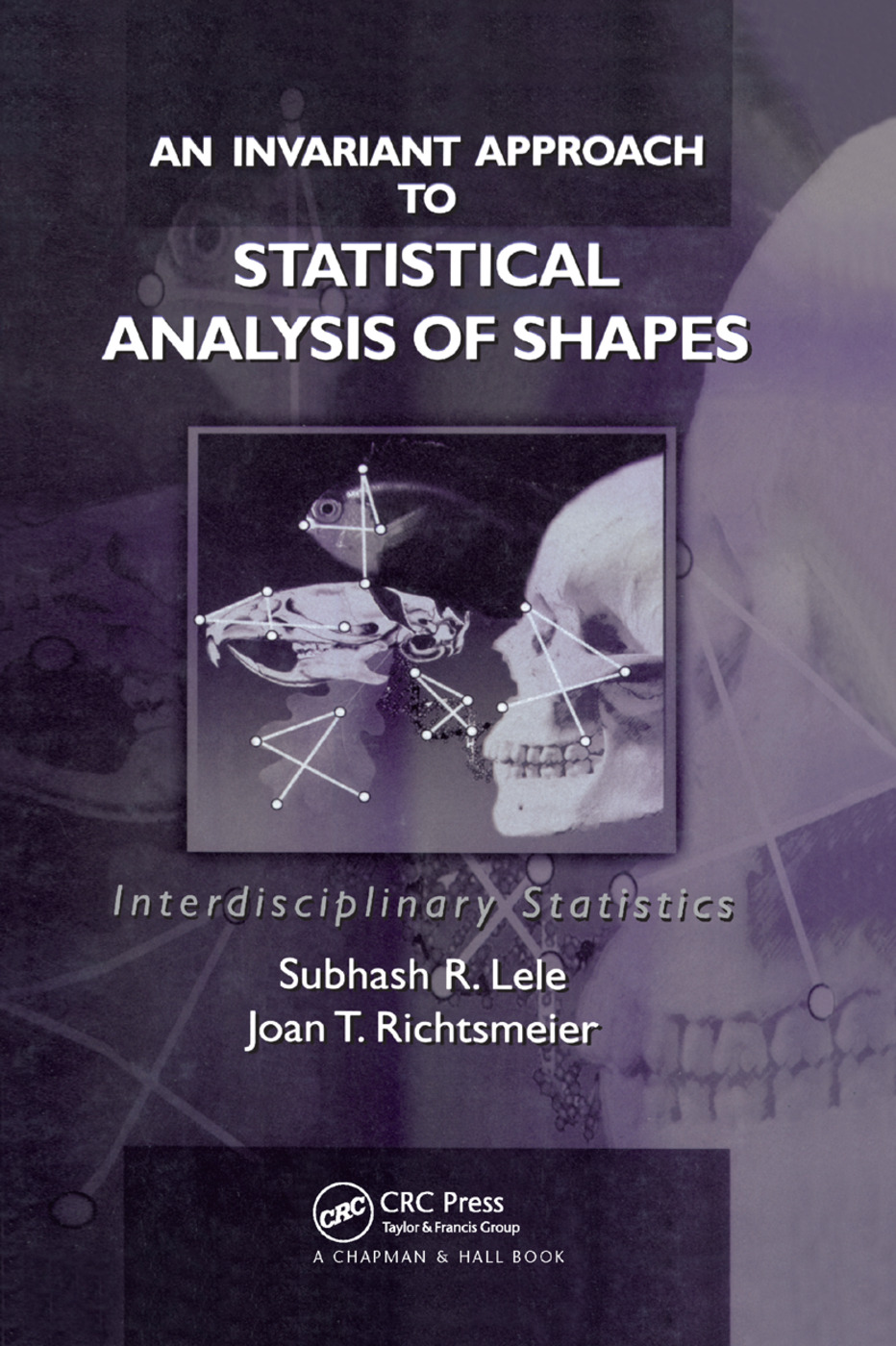 An Invariant Approach to Statistical Analysis of Shapes

Natural scientists perceive and classify organisms primarily on the basis of their appearance and structure- their form , defined as that characteristic remaining invariant after translation, rotation, and possibly reflection of the object. The quantitative study of form and form change comprises the field of morphometrics. For morphometrics to succeed, it needs techniques that not only satisfy mathematical and statistical rigor but also attend to the scientific issues.

An Invariant Approach to the Statistical Analysis of Shapes results from a long and fruitful collaboration between a mathematical statistician and a biologist. Together they have developed a methodology that addresses the importance of scientific relevance, biological variability, and invariance of the statistical and scientific inferences with respect to the arbitrary choice of the coordinate system. They present the history and foundations of morphometrics, discuss the various kinds of data used in the analysis of form, and provide justification for choosing landmark coordinates as a preferred data type. They describe the statistical models used to represent intra-population variability of landmark data and show that arbitrary translation, rotation, and reflection of the objects introduce infinitely many nuisance parameters. The most fundamental part of morphometrics-comparison of forms-receives in-depth treatment, as does the study of growth and growth patterns, classification, clustering, and asymmetry.

Morphometrics has only recently begun to consider the invariance principle and its implications for the study of biological form. With the advantage of dual perspectives, An Invariant Approach to the Statistical Analysis of Shapes stands as a unique and important work that brings a decade's worth of innovative methods, observations, and insights to an audience of both statisticians and biologists.