Anaesthesia and the Practice of Medicine: Historical Perspectives 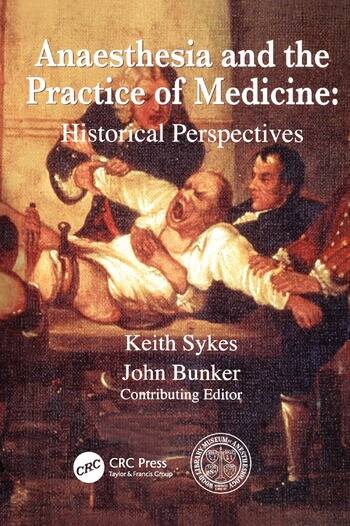 Anaesthesia and the Practice of Medicine: Historical Perspectives

Written by two anaesthetists, one British and one American, this unique book focuses on the transatlantic story of anaesthesia. The authors have both worked at the two hospitals where the first general anaesthetics for surgery were given in 1846, Massachusetts General Hospital in Boston, Massachusetts and University College Hospital, London. Each with more than fifty years' experience of working in anaesthesia, they combine their knowledge and expertise to offer a fresh outlook on the development of anaesthesia through the ages.

This highly informative and intriguing text details the origins of anaesthesia, outlines the different techniques of anaesthesia and traces its progress with illuminating and enlightening commentaries. This is a fascinating book which considers the role key figures have played in developing anaesthesia including, Queen Victoria, William Morris, La Condamine, Bjorn Ibsen and Henry Beecher.

Broken down into four sections, which are divided into easy-to-read chapters and filled with top quality photographs, this book makes compelling reading. It is recommended to all those interested in the history and development of medicine through the ages, and is of particular interest to anaesthetists. More than just the science of anaesthesia, this is the story about the people and personalities who have made anaesthesia what it is today.

Biographical notes
Preface
Acknowledgements
PART 1: ANAESTHESIA: THE FIRST 100 YEARS
1. In the beginning
2. Local anaesthesia: Karl Koller, Sigmund Freud and cocaine
3. Entering the 20th century
PART 2: PROFESSIONALISM IN ANAESTHESIA: THE RELUNCTANT UNIVERSITIES AND THE SECOND WORLD WAR
4. Ralph Waters pursues a vision (and succeeds)
5. The Morris Motor Company and the origins of academic anaesthesia in the UK
6. The impact of the Second World War
7. Henry Beecher, John Bonica and the treatment of pain
8. Curare: the Indian arrow poison
9. Spasms and convulsions: the role of curare
10. Curare transforms anaesthesia
PART 3: NEW HORIZONS: THE SCIENTIFIC BACKGROUND OF ANAESTHESIA AND THE ENERGENCE OF INTENSIVE CARE
11. 'Physiological trespass': the reduction of surgical bleeding and the control of other body systems
12. The anaesthetist and the fever hospital
13. From poliomyelitis to intensive care
14. The tools of intensive care: mechanical ventilators and blood gas analysis
15. Anaesthesia for surgery of the heart
16. Resuscitation of the apparently dead
17. The search for a better inhalation agent
18. The pursuit of safety
19. The fast track: sedation and day-case surgery
PART 4: THE RELIEF OF PAIN IN CHILDBIRTH AND THE CARE OF THE NEWBORN
20. Pain relief for the woman in labour
21. Anaesthesia for obstetric procedures in the UK
22. Virginia Apgar and the care of the newborn
PART 5: ANAESTHESIA YESTERDAY, TODAY AND TOMORROW
23. Anaesthesia yesterday, today and tomorrow

John P Bunker: Graduated from Harvard University College and Medical School, and trained in anaesthesia at George Washington School of Medicine and at the Massachusetts General Hospital, Boston. Was on the Anesthesia Faculty from 1960-1989, where he was Chairman of the Department of Anesthesia from 1960-1972. Visiting Professor of Preventive and Social Medicine, Harvard Medical School 1973-75. Acting Director, Centre for the Analysis of Health Practices, Harvard School of Public Health 1974-75. Professor of Family, Community and Preventative Medicine, Stanford University School of medicine 1976-88. He was held visiting professorships at Harvard Medical School, Harvard School of Public Health, Westminster Hospital Medical School, London and University College London Medical School. He is a recipient of Fellowships from the National Institutes of Health, the Commonwealth Fund, the John Simon Guggenheim Foundation and the Henry J Kaiser Foundation. He is an author and editor of books on anaesthesia, surgery and health policy.

The breadth and depth of this book is impressive, and you can read it cover to cover ... it shows that what patients and their anaesthetists now enjoy has not been achieved overnight, but is the result of diligent endeavour and research over many years.
John Sprigge, British Journal of Anaesthesia

The strengths of this book are the way in which the sheer excitement of the very rapid development of this field is conveyed to the reader. It becomes a "page turner" in which one can't wait to find out what happens next. The skill with which the authors have combined first-rate storytelling with rigorous descriptions of the science behind it is remarkable; they also remind us of the personalities and politics involved. The accompanying pictures and illustrations are excellent and always very pertinent. In summary, this is a book to be read and re-read.
Derwent Swaine, Medical Sciences History vol. 23

This is a delightful volume written by two retired anaesthetists, one a Cambridge graduate and the other a graduate from Harvard. Together Keith Sykes and John Bunker have built up a wonderful and engaging story of anaesthesia over the last two centuries from laughing gas parties and ether frolics to the targeted use of local and general anaesthetics used today. Anaesthetists, surgeons, those involved in pain management and intensive care and those interested in medical history will be enthralled and captivated by this book.
Dennis Johnston, The Ulster Medical Journal, 2008

This book will appeal to anyone with an interest in medicine. It is also a good choice for a first read of the history of anaesthesia and would make a most acceptable Christmas present....One is compelled to consume it from cover to cover
Alistair McKenzie, History of Anaesthesia Society

Anaesthesia has made great and rapid advances during the past 50 years, Sykes and Bunker have been major contributors during this time and have seized the opportunity to write a history with the advantage of having been witnesses during these changes, and having had an active part in the increasing involvement of anaesthetists in the widening scope of health care.
Anaesth Intensive Care 2007; 35

This book has that rare quality of not only informing but also entertaining... In a word, majestic!
Mervyn D Cobcroft, Anaesthetist, Flying Surgeon Service, Queensland in Medical Journal of Australia

This is an excellent book and fills a gap in the literature of the 20th century history of anaesthesia....The scholarship is impeccable, as is the referencing and the book is written in a clear style which makes it readily accessible to anaesthetists, surgeons, and all those who are interested in the history of medicine.