Analytic Methods for Coagulation-Fragmentation Models is a two-volume set that provides a comprehensive exposition of the mathematical analysis of coagulation-fragmentation models. Initially, an in-depth survey of coagulation-fragmentation processes is presented, together with an account of relevant early results obtained on the associated model equations. These provide motivation for the subsequent detailed treatment of more up-to-date investigations which have led to significant theoretical developments on topics such as solvability and the long-term behaviour of solutions. To make the account as self-contained as possible, the mathematical tools that feature prominently in these modern treatments are introduced at appropriate places. The main theme of Volume I is the analysis of linear fragmentation models, with Volume II devoted to processes that involve the nonlinear contribution of coagulation.

Jacek Banasiak is a Professor of Mathematics at the University of Pretoria, South Africa, where he holds DST/NRF Research Chair in Mathematical Models and Methods in Biosciences and Bioengineering, and at Łódź University of Technology, Poland. His main research areas are functional analytic methods in kinetic theory and mathematical biology, singular perturbations, general applied analysis and partial differential equations and evolution problems. He is the author/co-author of five monographs and over 120 papers in these fields. He is also Editor-in-Chief of Afrika Matematika (Springer). In 2012, he received the South African Mathematical Society Award for Research Distinction and, in 2013, he was awarded the Cross of Merit (Silver) of the Republic of Poland.

is an Honorary Research Fellow at the University of Strathclyde, Scotland, having retired recently from his position there as a Senior Lecturer in Mathematics. He is also a member of the Associate Faculty of the African Institute for Mathematical Sciences. His main research interests lie in applicable functional analysis, evolution equations and the mathematical analysis of coagulation and fragmentation processes. He has published over 45 refereed research publications, and has given lecture courses at all levels to undergraduate and postgraduate students. These include courses on differential equations, functional analysis, dynamical systems and mathematical biology. He was nominated for the University of Strathclyde Students’ Association Teaching Excellence Awards in 2012, 2013 and 2014; in 2013, he was shortlisted for the category of "Best in Science Faculty."

Philippe Laurençot is Directeur de Recherche (senior researcher) at the Centre National de la Recherche Scientifique (CNRS) and is affiliated with the Institut de Mathématiques de Toulouse, France. His main research interests include the mathematical analysis of evolution partial differential equations, dynamical system approach to evolution partial differential equations, coagulation equations and mathematical models in biology. He is the author of over 170 scientific publications and has given invited talks all over the world. 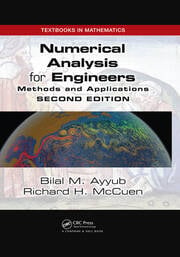