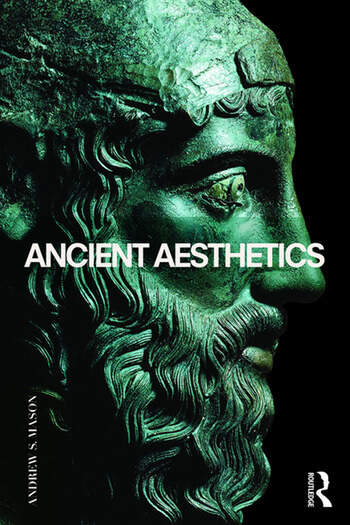 Ancient thought, particularly that of Plato and Aristotle, has played an important role in the development of the field of aesthetics, and the ideas of ancient thinkers are still influential and controversial today. Ancient Aesthetics introduces and discusses the central contributions of key ancient philosophers to this field, carefully considering their theories regarding the arts, especially poetry, but also music and visual art, as well as the theory of beauty more generally.

With a focus on Plato and Aristotle, the philosophers who have given us their thought about the arts at the greatest length, this volume also discusses Hellenistic aesthetics and Plotinus’ theory of beauty, which was to prove very influential in later thought. Ancient Aesthetics is a valuable contribution to its field, and will be of interest to students of philosophy and classics.

Andrew S. Mason is a Teaching Fellow in Philosophy at the University of Edinburgh.

Andrew Mason has written an elegant and highly accessible introduction to some of the major problems in aesthetics in the Greco-Roman world – including the question of whether there was a concept of "aesthetics" in classical antiquity.  Mason presents the arguments of the major figures, above all Plato and Aristotle but also later writers such as Horace, Plutarch, and Plotinus, clearly and engagingly, highlighting their strengths as well as their weaknesses. Students at all levels will welcome this book.

An accessible and inclusive introduction to the field of ancient aesthetics. Mason adroitly guides the reader through the major Greek and Roman treatments of art and its central concepts, from Plato and Aristotle to the great Hellenistic philosophical schools to imperial Rome and finally to Plotinus and Proclus. Lucid, balanced, and judicious, the discussions are helpfully organized around manageable themes, with pointers to the most recent secondary literature. Suitable to students at all levels and in all disciplines.

Ancient Aesthetics provides a thorough yet accessible introduction to a topic which at once informs and is informed by so much of the history of philosophy.