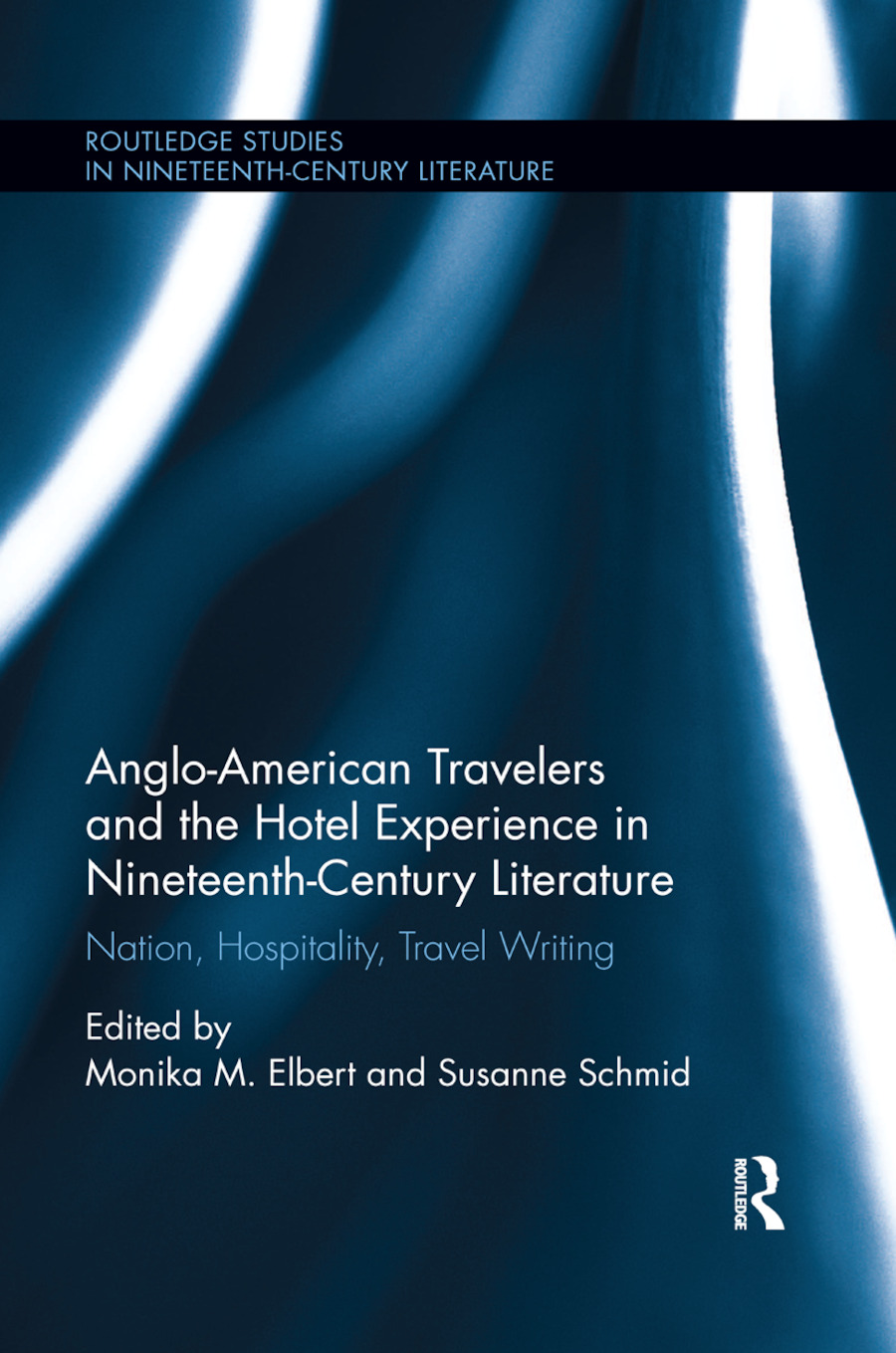 Anglo-American Travelers and the Hotel Experience in Nineteenth-Century Literature

This volume examines the hotel experience of Anglo-American travelers in the nineteenth century from the viewpoint of literary and cultural studies as well as spatiality theory. Focusing on the social and imaginary space of the hotel in fiction, periodicals, diaries, and travel accounts, the essays shed new light on nineteenth-century notions of travel writing. Analyzing the liminal space of the hotel affords a new way of understanding the freedoms and restrictions felt by travelers from different social classes and nations. As an environment that forced travelers to reimagine themselves or their cultural backgrounds, the hotel could provide exhilarating moments of self-discovery or dangerous feelings of alienation. It could prove liberating to the tourist seeking an escape from prescribed gender roles or social class constructs. The book addresses changing notions of nationality, social class, and gender in a variety of expansive or oppressive hotel milieu: in the private space of the hotel room and in the public spaces (foyers, parlors, dining areas). Sections address topics including nationalism and imperialism; the mundane vs. the supernatural; comfort and capitalist excess; assignations, trysts, and memorable encounters in hotels; and women’s travels. The book also offers a brief history of inns and hotels of the time period, emphasizing how hotels play a large role in literary texts, where they frequently reflect order and disorder in a personal and/or national context. This collection will appeal to scholars in literature, travel writing, history, cultural studies, and transnational studies, and to those with interest in travel and tourism, hospitality, and domesticity.

PART I: Nationalism and Imperialism: The Hotel as Guidepost to National Interests

Part II: The Mundane vs the Supernatural: Domesticity, Danger, or Mystery in Hotels

4 Hawthorne and Hotels in Great Britain

5 A Tomb with a View: Supernatural Experiences in the Late Nineteenth Century’s Egyptian Hotels

7 The Waldorf-Astoria and New York Society: Grand Hotel as Site of Modernity

10 The Inns of Romantic Drama

PART V: Women’s Travels and the Hotel as Nexus between Private and Public Realms

13 "A Continual Recurrence of Bad Inns": Public Domesticity and Women’s Travel in the Early Nineteenth Century