Anima and Africa
Jungian Essays on Psyche, Land, and Literature 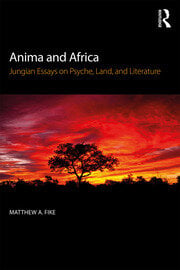 Anima and Africa: Jungian Essays on Psyche, Land, and Literature

C. G. Jung understood the anima in a wide variety of ways but especially as a multifaceted archetype and as a field of energy. In Anima and Africa: Jungian Essays on Psyche, Land, and Literature, Matthew A. Fike uses these principles to analyze male characters in well-known British, American, and African fiction.

Jung wrote frequently about the Kore (maiden, matron, crone) and the "stages of eroticism" (Eve, Mary, Helen, Sophia). The feminine principle’s many aspects resonate throughout the study and are emphasized in the opening chapters on Ernest Hemingway, Henry Rider Haggard, and Olive Schreiner. The anima-as-field can be "tapped" just as the collective unconscious can be reached through nekyia or descent. These processes are discussed in the middle chapters on novels by Laurens van der Post, Doris Lessing, and J. M. Coetzee. The final chapters emphasize the anima’s role in political/colonial dysfunction in novels by Barbara Kingsolver, Chinua Achebe/Nadine Gordimer, and Aphra Behn.

applies Jung’s African journeys to literary texts, explores his interest in Haggard, and provides fresh insights into van der Post’s late novels. The study discovers Lessing’s use of Jung’s autobiography, deepens the scholarship on Coetzee’s use of Faust, and explores the anima’s relationship to the personal and collective shadow. It will be essential reading for academics and scholars of Jungian and post-Jungian studies, literary studies, and postcolonial studies, and will also appeal to analytical psychologists and Jungian psychotherapists in practice and in training.

Introduction  1. Ernest Hemingway’s Francis Macomber in "God’s country"  2. The anima’s many faces in Henry Rider Haggard’s She  3. The anima and psychic fragmentation in Olive Scheiner’s The Story of an African Farm  4. "The reality of the singular": Anima and unus mundus in Laurens van der Post’s  A Story Like the Wind and A Far-Off Place  5. "We are all sailors": C. G. Jung’s Memories, Dreams, Reflections and Doris Lessing’s Briefing for a Descent into Hell  6. "Not a bad man but not good either": The anima and individuation in J. M. Coetzee’s Disgrace  7. "The eyes in the trees are watching": The anima and feminine agency in Barbara Kingsolver’s The Poisonwood Bible  8. Mother is not supreme: The anima and (post)colonial strife in Chinua Achebe’s  Things Fall Apart and Nadine Gordimer’s July’s People  9. The anima and shadow dynamics in Aphra Behn’s Oroonoko 263

Matthew A. Fike, Ph.D., is a Professor of English at Winthrop University in Rock Hill, South Carolina, where he teaches courses in critical thinking, Shakespeare, and Renaissance literature. He is the author of The One Mind: C. G. Jung and the Future of Literary Criticism (Routledge 2014).

‘Anima and Africa is exciting and important for Jungian studies, literary criticism and postcolonialism. It mines the neglected ore of Jung’s fascination with Africa and his recognition of its power within western literature. Covering key authors such as Aphra Behn, Hemingway, Coetzee, and Kingsolver, Fike illuminates the feminine constellated in imagining Africa, as well as Africa’s cultural being in Jung’s writing.’ – Susan Rowland, Chair MA Engaged Humanities and the Creative Life, Pacifica Graduate Institute, USA

‘This illuminating study shows how wide-ranging and useful a Jungian approach to literature can be, and explores the very different ways in which a man's problem with his anima lies at the heart of a selection of some of the finest novels about Africa. Strongly recommended.’ – Terence Dawson, co-editor of The Cambridge Companion to Jung