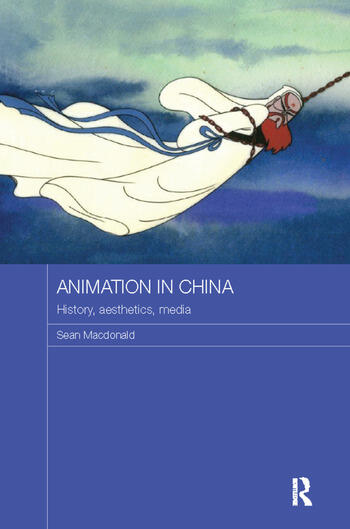 By the turn of the 21st century, animation production has grown to thousands of hours a year in the Peopleâ€™s Republic of China (PRC). Despite this, and unlike American blockbuster productions and the diverse genres of Japanese anime, much animation from the PRC remains relatively unknown.

This book is an historical and theoretical study of animation in the PRC. Although the Wan Brothers produced the first feature length animated film in 1941, the industry as we know it today truly began in the 1950s at the Shanghai Animation Film Studio (SAFS), which remained the sole animation studio until the 1980s. Considering animation in China as a convergence of the institutions of education, fine arts, literature, popular culture, and film, the book takes comparative approaches that link SAFS animation to contemporary cultural production including American and Japanese animation, Pop Art, and mass media theory. Through readings of classic films such as Princess Iron Fan, Uproar in Heaven, Princess Peacock, and Nezha Conquers the Dragon King, this study represents a revisionist history of animation in the PRC as a form of "postmodernism with Chinese characteristics."

As a theoretical exploration of animation in the Peopleâ€™s Republic of China, this book will appeal greatly to students and scholars of animation, film studies, Chinese studies, cultural studies, political and cultural theory.

Introduction: It All Started with a Studio 1. It All Started With a Monkey 2. Cartoons and Chinese Studies 3. Meishu pian as national style 4. A Discussion and a Princess 5. Nezha naohai (Nezha Conquers the Dragon King): Scar Animation and an Ending 6. Industry and Animation

ă€€is Assistant Professor of Chinese Studies at the University of Florida, US, where he lectures on modern and contemporary Chinese literature and culture.