There is a lot one could say about animation in Europe, but above all, there is no consistent European animation. It is as disparate as the various countries involved. Audiences will certainly recognize American or Japanese animation, but in Europe, it can range from Czech, Polish, and Hungarian to Greek, Italian, Spanish, Portuguese, French, and British. Animation in Europe provides a comprehensive review of the history and current situation of animation in over 20 European countries. It features numerous interviews with artists and producers, including rare documents and firsthand accounts that illustrate the rich history of animation in Europe. Additional features include

• An extensive chronology with key events in European animation

• A Who’s Who of producers, directors, writers, and animators working in Europe

• An examination of the origin of European animation and its influence

is the first book devoted entirely to this topic and, therefore, will be of value for animation buffs as well as practitioners and researchers.

Rolf Giesen, PhD is a German film historian, screenwriter, lecturer and collector who specialized in VFX and animation. He has shared his knowledge through numerous university and public lectures, cinematheque exhibitions, and monographic, historiographic, and lexicographic books such as Acting and Character Animation. He received the Award for Outstanding Contribution to Animation Studies, 32nd World Festival of Animated Film – Animafest Zagreb 2022. 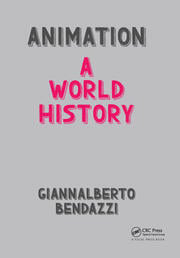