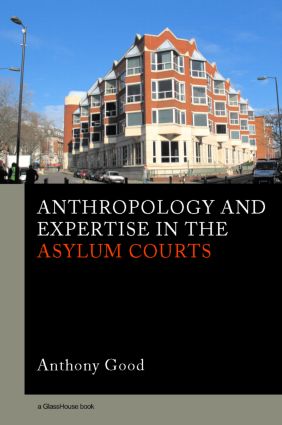 Anthropology and Expertise in the Asylum Courts

Although asylum has generated unparalleled levels of public and political concern over the past decade, there has been astonishingly little field research on the topic. This is a study of the legal process of claiming asylum from an anthropological perspective, focusing on the role of expert evidence from 'country experts' such as anthropologists. It describes how such evidence is used in assessments of asylum claims by the Home Office and by adjudicators and tribunals hearing asylum appeals. It compares uses of social scientific and medical evidence in legal decision-making and analyzes, anthropologically, the legal uses of key concepts from the 1951 Refugee Convention, such as 'race', 'religion', and 'social group'. The evidence is drawn from field observation of more than 300 appeal hearings in London and Glasgow; from reported case law and from interviews with immigration adjudicators, tribunal chairs, barristers and solicitors, as well as expert witnesses.

"An empirically rich and thoroughly argued call for anthropological modesty in its engagement with law, but at the same time also shows the value of a distinctly ethnographic contribution to the study of legal processes."

Anthony Good is Professor of Social Anthropology in Practice at Edinburgh University. His current research on asylum arises out of wide experience as an expert witness in asylum cases. His prior research concerned Hinduism, kinship, and rural development in South India and Sri Lanka, where he formerly taught Physical Chemistry at Peradeniya University. Previous books include Research Practices in the Study of Kinship (1984; with Alan Barnard), The Female Bridegroom (1992), and The Ceremonial Economy of a Royal South Indian Temple (2004).