Anti-Muslim Prejudice
Past and Present 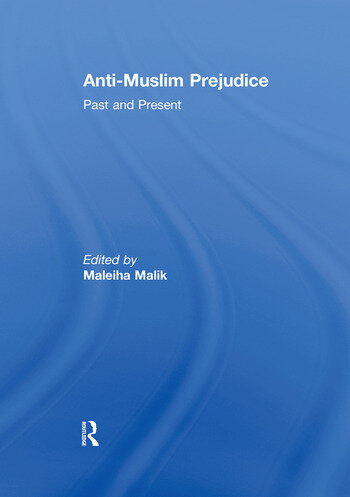 Anti-Muslim Prejudice: Past and Present

This volume looks at anti-Muslim prejudice from a wide range of disciplinary perspectives, including politics, sociology, philosophy, history, international relations, law, cultural studies and comparative literature. The essays contribute to our understanding of the different levels at which anti-Muslim prejudice emerges and operates - the local, the national and the transnational – by also including case studies from a range of contexts including Britain, Europe and the US.

This book contributes to a deeper understanding of contemporary political problems and controversial topics, such as issues that focus on Muslim women: the 'headscarf' debates, honour killings and forced marriages. There is also analysis of media bias in the representation of Muslims and Islam, and other urgent social and political issues such as the social exclusion of European Muslims and the political mobilisation against Islam by far-right parties.

This book was published as a special issue of Patterns of Prejudice.

1. Anti-Muslim prejudice in the West, past and present: an introduction  Maleiha Malik  2. Britons and Muslims in the early modern period: from prejudice to (a theory of) toleration  Nabil Matar  3. Anti-Turkish obsession and the exodus of Balkan Muslims  Slobodan Drakulic  4. Can the walls hear?  Gil Anidjar  5. The crusade over the bodies of women  Sonya Fernandez  6. Muslim headscarves in France and army uniforms in Israel: a comparative study of citizenship as mask  Leora Bilsky  7. Revisiting Lepanto: the political mobilization against Islam in contemporary Western Europe  Hans-Georg Betz and Susi Meret  8. Refutations of racism in the "Muslim question"  Nasar Meer and Tariq Modood  9. "Get shot of the lot of them": election reporting of Muslims in British newspapers  John E. Richardson  10. Where do Muslims stand on ethno-racial hierarchies in Britain and France? Evidence from public opinion surveys, 1988-2008  Erik Bleich  11. Confronting Islamophobia in the United States: framing civil rights activism among Middle Eastern Americans  Erik Love

Maleiha Malik is Professor of Law at the School of Law, King’s College, University of London.